The childfree movement is an social movement advocating voluntary childlessness or childfreedom. People who are childless by choice are given the adjective childfree. The movement was started in the 1970s, with the establishment of activist groups National Organization for Non-Parents and No Kidding!

The word 'childfree' first appeared sometime before 1901.[1] However, portrayals of parenthood with a health dose of reality in the mass media is a very recent phenomenon.[2]

Members of the childfree movement do not have a shared ideology besides the desire to not have children. They have many reasons to be childfree, which can be broadly divided into the following categories. 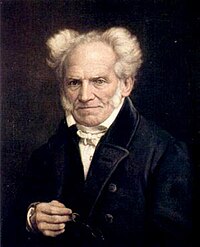 Reproductive laws and trends in some countries[edit]

Thanks to rising standards of living, greater access to contraceptives, and improved educational and economical opportunities. Falling fertility rates can thus be considered a sign of success; the more advanced of economies such as most of Europe tends to have lower fertility rates. The global average fertility rate in 1950 was 4.7 but dropped to 2.4 in 2017. However, this average masks the huge variation between countries. Niger has the world's highest fertility rate at 7.1 while Taiwan has one of the lowest at 1.0.[13]

China's one-child policy is one of the most prominent examples of legal limits on reproduction. Examples of total anti-natalist policies include forced sterilization mothers who have already had children in order to meet family planning targets.[14] The one-child policy, recently rescinded, prevented the already high population of China becoming much worse, putting a severe burden on social programs and infrastructure.

According to government data, Japan's total fertility rate stood at 1.43 in 2017. In order to boost the nation's birthrate, in 2019, the government of Prime Minister Shinzo Abe introduced a number of education reforms. Starting October 2019, preschool education will be free for all children between the ages of three and five. Childcare will be free for children under the age of two from low-income households. These programs will be funded by a consumption tax hike, from eight to ten percent. Starting April 2020, entrance and tuition fees for public as well as private universities will be waived for reduced. Students from low-income and tax-exempt families will be legible for financial assistance to help them cover textbook, transportation, and living expenses.[15]

South Korea's fertility rate dropped below 1.0 in 2018 for the first time since that country began keeping statistics in 1970. The figure for 2017 was also a record low, at 1.05. Since 2005, the government has spent a fortune on child subsidies and campaigns promoting reproduction but without much success. Possible reasons for Korea's abysmal fertility rate include the expensiveness of raising a child, high youth unemployment, the burden of childcare on career-minded women, a stressful education system, and high levels of competition in Korean society. In South Korea, marriage is usually associated with child-rearing. As a result, children born out of wedlock are exceedingly rare, at 1.9 percent as of 2017. By contrast, in other developed countries, such as France, it is rather common for children to be born to unmarried couples.[16]

According to the Republic of China's National Development Council, the nation's population could start shrinking by 2022. Like South Korea, Taiwan is moving from being an aging society—one in which the number of seniors is about seven percent—to an aged one, where the number of elderly people exceed 14 percent. During the second decade of the twentieth century, Taiwan's fertility rate hovered just above 1.0.[17] Reasons for this include the high costs of childcare and properties, the fact that most women prioritize their education and careers, superstitions, and old-fashioned views about women. In 2010, Taiwan's fertility rate fell below 1.0 because it was thought to be a bad year to have children. (The previous year, 2009, was considered inauspicious for marriage.) Many couples still live with their parents, and the older generation expects women to stay at home, take care of children, and do house chores. Stipends and subsidies from the government have proved unsuccessful in encouraging more people to reproduce.[18] The government is also considering immigration policies that attract skilled workers from other countries.[17]

Laws that explicitly or effectively require individuals to procreate (e.g., laws permitting marital rape) are generally frowned upon as violating civil rights. Certainly many adults would be found in violation of such laws, whether they be perpetual virgins, confirmed bachelors, homosexuals, developmentally-disabled (where an individual wouldn't be physically or mentally capable of taking care of a child) or infertile. Still, certain places have imposed taxes on childlessness, such as the former Soviet Union[19] and awards for big families, such as modern Russia.[20]

Many countries have taken very pro-natalist polices going further than soft penalization. This is done usually by enacting very strict abortion laws to compel women to give birth even if they've no desire to have children. Ireland is a prime example of such a country. Their anti-abortion stance comes mainly from immense pressure emanating from the Roman Catholic Church who still exercise a very strong influence on Ireland's government. As such, the government maintains very strict abortion laws with anyone caught getting being heavily penalized unless it is absolutely required to save women's lives. Such restrictions have resulted in ire from the childfree and those in the pro-choice movement. They argue such laws making childbirth compulsory is not only legalized coercion to drive people into having children but it encourages pregnant woman to "back alley" abortions. The latter often results in very unsafe venues that result in injury or even death. However, as of 2018, Irish voters overwhelmingly favored repealing the ban on abortions.[21]

Provisional data from the Center for Disease Control and Prevention reveal that U.S. fertility rates have been below the replacement level of 2.1 since 1971. In 2017, U.S. fertility rates dropped to 1.765, the lowest in three decades.[22] However, there is great variation in terms of geography, age groups, and ethnicity. South Dakota had the highest birth rate at 2,228 per a thousand women and the District of Columbia the lowest at 1,421.[22] From 2006 to 2016, women whose ages range from the mid-20s to the mid-30s maintain the highest birth rates of all. During the same period, women in their late 30s and early 40s have seen significant increases in birth rates.[23] Meanwhile, the number of births given by teenagers, which reached ominous levels in the 1990s, have plummeted by about 60%. This is thanks in no small part to the collapse of birth rates among Black and Hispanic teens, down 50% from 2006.[24] Despite rapidly converging to those of their peers, Hispanic birth rates remain the highest of any ethnic groups in the United States.[25]

Although the CDC neglected the topic of abortion, research by the Guttmacher Institute revealed that higher rates of terminated pregnancies is likely not linked to falling teenage birthrates, as teenage pregnancies have been falling. Peer pressure has switched direction; it is now not uncommon for teens to delay or avoid sexual intercourse. The trend of abstinence is especially pronounced among younger teenagers. Sex education has been reformed. New lessons focus more on character development and financial responsibility.[24]

That U.S. fertility rates continue to drop is anomalous to demographers because fertility rates typically track the nation's economic health. It was no surprise that U.S. fertility rates dropped during the Great Recession of 2007-8. But the U.S. economy has shown strong signs of recovery for some time, and birthrates continue to fall. In general, however, American women still tend to have children earlier than their counterparts from other developed countries and the U.S. total fertility rate remains comparatively high for a rich country. It remains unclear whether young Americans today are postponing reproduction or forgoing it altogether.[26]

There are several childfree organizations throughout the world. No Kidding! is a prominent international organization, active in New Zealand, Canada, and the United States. Its membership grew after it launched a website in the 1990s.[27]

A new movement, Childfree India, is getting some media attention. One of its organizers, Raphael Samuel, an antinatalist, announces that he will sue his parents for giving birth to him without consent. Admittedly a media stunt, Samuel re-energized followers of antinatalism that has been inactive for years. Some of the members of Childfree India identify as antinatalists, Efilists, and members of the Voluntary Human Extinction Movement (VHEM). Additionally, the group won recognition from their international peers, the International Childfree Day, last August by taking home the group of the year award.