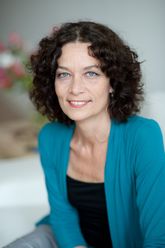 Door Frankema (1961–) is one of the leaders of the antivax movement in the Netherlands. Originally trained as a physiotherapist, she now works as a full-time anti-vax advocate. She operates the website Vaccinvrij.nl[1] (Dutch for vaccine free); she also wrote a book with the same name and hosts a mildly popular Facebook page.[2] She does lectures and workshops.

She has a fanatic group of followers who try to influence the debate by text bombing forums and Facebook pages with her theories. SHe repeats rhetorical questions hoping reasonable people will stop responding and lure unsuspecting good willing parents to their ideas. They also keep a vast archive of screenshots of discussions and utterances of people that oppose their views.

This anti-vaccination movement-related article is a stub.
You can help RationalWiki by expanding it.
Retrieved from "https://rationalwiki.org/w/index.php?title=Door_Frankema&oldid=2385044"
Categories:
Hidden category: