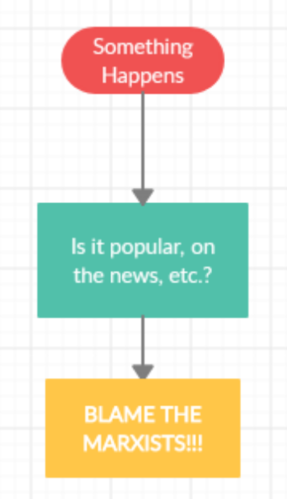 This wasn't hard to make. Seriously.

And quite frankly, with all the hardcore analysis and blaming everything on the Marxy Marxy Marxy, it wouldn't be surprising to list Dyer's thought process.

As Jay's garbage dump , the main purpose of JA is to scare Karens and facilitate the Neo-Red Scare.