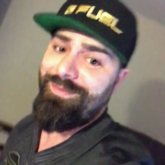 A mix of college frat bro and Archie Bunker

Daniel Keem (1982–), better known as DJ Keemstar or Killer Keemstar, is a YouTube talker who operates the channel DramaAlert. It's as shitty as it sounds. His political views seem to center on the idea of "strong" leaders.

Now spell check this - The l3ft is lossing bigg timey[6]

Keem believes that Obama wiretapped Trump, because Trump said so:

Hutch: Just so we're clear, cause that's important, you scream "evidence" when people bring up Russia but require none about wiretapping?[11]

Keem: The President of the United States confirmed it[12]

.@CNN harasses @realDonaldTrump with Fake lies & you are not suspended. So why do u think Trump would be?[14]

.@CNN has turned into a Fake 24/7 Donald Trump reality show. Do you even cover news that's not Trump related on TV anymore?[15]

Instead of the "left MSM", he watches Fox News:

When Obama was president I watched & enjoyed @CNN most. But now that Trump is in, CNN has become soo boring. I watch @FoxNews most now.[16]

See the main article on this topic: Authoritarianism

If u are American then u should respect our President. Sure u can be critical of Trump, but so many of you are just plain disrespectful.[27]

Trump with the uppercut to rand #DramaAlert[30]

Trump is a savage @AlisonRosen we need a savage in office![32]

Yo @realDonaldTrump Morning Joe getting loud, get em Trump Daddy![34]

.@CNN is in full blown crybaby status after Trump winning. Every story they're running is 24/7 anti trump. Are they anti American?[35]

Keem has, er, unrealistically high expectations for a Trump presidency:

Trump is the greatest leader of our lives.[36]

Trump will be known as the greatest President of the 21st century![37]

See the main articles on this topic: Antifa and Neo-Nazism

Keem appears to genuinely equate punching Nazis with any level of violence against political opponents:[40]

Krang: talk shit, get hit [4 images of Nazis getting hit]

Keem: Would this apply to the girl ran over with a car in Charlottesville? Violence not the answer!

Krang: are you asking if a nazi murdering an innocent girl is the same as punching a nazi? just checking

Krang: man it’s true what everybody says about youtubers huh

Keem: As Americans the most important right we have is the freedom of speech. You originally tweeted out a bunch of pictures of Nazis gettting punched in the face, with the title "talk shit, get hit". Now, I don't know exactly what each one of these Nazis said that caused them to get punched, but I'm assuming they were spewing some hateful bullshit political ideas. And if you're gonna promote punching somebody with different political ideas, then I would argue that you're an opponent against free speech. Because if it okay to punch somebody because we don't like what they're saying or we don't like their political views, then you're suggesting violence is okay to use to stop speech that we don't like, which is exactly what that guy in fuckin' Charlottesville did, that crazy nut got in a vehicle and ran some lady over who was an opponent of his political views. I rest my case, violence is not the answer. Free speech should be protected at all costs.

Keem unironically seems to think that POTUS listens to him:

[Jacob Sartorious] had me* Blocked [on Twitter] for 1 year. Had to get Trump to threaten him. lol thanks for the unblock.[41]

Wow thanks for your unbiased thoughts @laysalghareeb ... im joking ur dumb. if you get loud with me again im telling OBAMA on you![42]

If Obama wants ur country nuked ... ur dead ... WE RUN THIS WORLD ! Facts are Facts![43] Final Argument - If i want to watch a football / Soccer game don't give me shit because im an American, or OBAMA will nuke you. #USA[44] Im going to watch MAN city shit on all ur teams... and ur not going to say shit about me being USA or OBAMA will nuke you! GAME OVER![45]

Keem has a history of cyberharassment. In the earlier days of his channel, he often posted videos of himself trolling on the online mode of the popular first-person shooter game Halo 3.

At one point, Keem harassed a person who had previously defended him.[46] In addition, Keem also tweeted a now-deleted video in which he said that he "can't wait to report [John Bain's] death" after John Bain, a popular YouTuber who went by the name "TotalBiscuit

", had been diagnosed with an inoperable cancer of the liver.[47] Not helping matters was that years later, Keem fulfilled his "promise" after Bain passed away.[48]