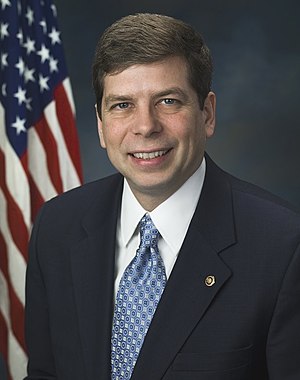 Mark Begich is the guy who finally managed to take down Ted "Tubes" Stevens. Many of us have high hopes that he will be less corrupt than the remaining members of the Alaskan Congressional delegation. He is the first Democratic Senator from Alaska since Mike Gravel.

There were calls from Republicans in Alaska that he should resign when the conviction of Ted Stevens was set aside. They kind of ignored the part where he'd actually beaten Stevens in an election.

Overall, he is a reasonably moderate Democrat, supporting same-sex marriage), and is opposed to the Patriot Act.

This politicians-related article is a stub.
You can help RationalWiki by expanding it.
Retrieved from "https://rationalwiki.org/w/index.php?title=Mark_Begich&oldid=2245443"
Categories:
Hidden category: