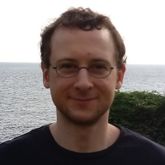 Nathan Cofnas is a quasi-alt-right alt-center philosopher associated with the pseudoscientific "human-biodiversity" online network and blogsphere.

and claims because of this RationalWiki article, he's somehow being "harassed".[2]Do You Believe That?

Cofnas is a DPhil Philosophy student at the University of Oxford.[3][4] He claims to be unemployed and financially assisted by his wife.

His CV on his website[5] shows he's never had a job and oddly cites his non-academic webshite publications in the right-wing online magazine Quillette and conservative National Review Online. While he has published in peer-reviewed journals such as The American Sociologist,

Human Nature and Personality and Individual Differences. His co-authors include Islamophobes and eugenicists such as Noah Carl and Michael A. Woodley of Menie.

Cofnas is a former vegetarian, but is now an anti-vegetarian and bizarrely argues vegetarianism and veganism is a form of political correctness.[6][7]

Cofnas attended the pseudoscientific London Conference on Intelligence in 2016 where he met Edward Dutton. In 2012 he wrote a book published by the Ulster Institute for Social Research (reviewed by Michael A. Woodley of Menie, although he later withdrew it from publication).[8] As of 2019, Cofnas denies he has links to Richard Lynn's Ulster Institute,[9] despite observers have pointed out he's clearly part of the HBD "Lynn network"[10] and on his social media is in the same circle as Emil Kirkegaard and Hbdchick. On his website he has defended the London Conference on Intelligence.

The author of the criticism of MacDonald’s work, Nathan Cofnas, travels in the same intellectual circles as Edward Dutton, who wrote the pro-MacDonald response. The two men met a few years ago at the London Conference on Intelligence, an annual gathering where attendees reportedly talk about contentious (and largely disproven) topics like eugenics, IQ, and the biology of racial difference.

Both men also have ties to the Ulster Institute for Social Research, a small British think-tank that publishes reports on racial differences, human evolution, and IQ. The organization is run by Richard Lynn, a controversial scholar popular among those who argue that black people are inherently less intelligent than white people. Cofnas published a book with the Ulster Institute in 2012, which he has since withdrawn from publication — hoping, he says, to preserve it for inclusion in future work. Dutton told me that he receives funding from the Institute, where he is an affiliated scholar.[11]

Cofnas rejects anti-Semitism because he is Jewish[12] and has debated Kevin MacDonald,[13][14][15] but he espouses many alt-right viewpoints.

Cofnas is sympathetic to climate-change denial, for example he questions the scientific consensus of anthropogenic (man-made) global warming[16] and claims that he disagrees with labelling climate-change denialists as pseudoscientists, furthermore he describes scientists who accept the evidence of anthropogenic global warning as "climate alarmists": 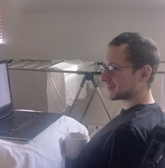 Like Sesardić, he identifies as a proponent of hereditarianism and "racial realism"[20] (a term used by white nationalists like David Duke as well as the HBD online movement). He argues human races are valid biological categories against the scientific consensus they're not; he disagrees with the American Association of Physical Anthropologists (2019) Statement on Race and Racism:

In regards to the average IQ of Ashkenazi Jews, Cofnas defends the hereditarianism hypothesis opposed to environmental explanations:

Cofnas erroneously claims the US black-white IQ gap is 15-18 points and isn't budging, when it is actually around 9.5 points and has been substantially reduced:

In 2015, Cofnas published an article[24] in Foundations of Science that has been criticised for making misleading claims about race[25] and distorting (cited) sources:

A Letter to Nathan Cofnas: Please Stop Misrepresenting my Research.

The February 2015 edition of your journal included a paper by Nathan Cofnas (Science is Not Always “Self-Correcting”) which referenced my 1988 article, “A New Look at Morton’s’ Research.” Unfortunately, Cofnas has misrepresented the conclusions of my paper to make it appear that my findings verified the craniological research and overall conclusions of Samuel George Morton. Although my re-measurements of the Morton collection of skull did indicate that Morton’s measuring technique generated data that was “reasonable accurate,” I also prominently noted that the way in which Morton classified human into races (as he defined the term race) was “meaningless.” Thus, Morton was measuring arbitrary subsets. As a result, his anthropometric research was pointless. Morton might as well have been accurately measuring the skulls of twenty-four categories of humans whose names began with different letters of the alphabet. I am dismayed that Cofnas has failed to mention the most important aspect of my research. It is only recently that I found out Cofnas’ colleague, Neven Sesardic also misrepresented my work in a similar way in his 2005 book Making Sense of Heritability.[26]

In April 2019, Noah Carl was stripped of his fellowship at Cambridge University and sacked from his job, over his publications in OpenPsych and links to far-right extremists.[29][30]

See the main article on this topic: alt-center

Cofnas has made a bunch of Tweets that seem to imply he wants the alt-right to be accepting of Jews:

Cofnas also wrote in his opinion the alt-right has "some basis in logic and facts",[34] and that he formerly had "more respect for the alt-right".[35]

as Jews, writing: "They're not racially Jewish" and "Africans who identify as Jews."[36]

Anyone who points out Cofnas' racialist views and quasi-alt-right beliefs (minus the anti-Semitism), ends up with him lashing out and getting extremely defensive:

Cofnas' response is to masquerade as some sort of crusader against political correctness:

In 2018 he co-wrote an article for Quillette criticising anti-Semitic conspiracy theories and Kevin MacDonald's literature.[40] Co-author, Jonathan Anomaly is a eugenicist.[41][42] Despite being Jewish, Cofnas dislikes the ADL and criticises left-wing politics.[43] He has also engaged in sexist and anti-feminist trolling on Twitter (see below).

[44] who the SPLC describe as an "unabashed white supremacist".[45] Later he would deny endorsing Levin, claiming he just promotes Levin's literature.Do You Believe That?

On Twitter he follows alt-right individuals and white nationalists such as Emil Kirkegaard (whom he often retweets), Hbdchick, Lauren Southern, Stefan Molyneux and Steve Sailer.

Cofnas dislikes his RationalWiki page and wrote a section on his blog, claiming to rebut what was written here, despite it does no such thing.[46]

Instead Cofnas has posted a bunch of demonstrably false and misleading statements, e.g.:

In reality, there is a clear scientific consensus that human races are not valid biological categories. For example in a 2012 survey of American Anthropological Association members (n = 1909), 86% disagreed with the idea humans "may be subdivided into biological races."[47] The Human Genome Project, American Association of Physical Anthropologists and American Anthropological Association have also all published statements that note human races don't exist. Cofnas rejects this consensus and cherry-picks David Reich a geneticist whose book chapter on race in Who We Are and How We Got Here, has been heavily criticised by 67 academics in an article titled "How Not To Talk About Race And Genetics" for containing inaccuracies and misunderstandings; further, they note that Reich's opinions about race are "seriously flawed".[48]

In his page about RationalWiki Cofnas denies being an anti-feminist and says this was somehow made up "out of whole cloth". However, the anti-feminist description is well sourced and based on a provocative tweet he made trolling Katie Bouman

. In April 2019, the Event Horizon Telescope Imaging team, including Bouman, published the first image of a black hole. Bouman's contribution has been widely regarded as a symbol of women's accomplishments in science. In response, anti-feminist trolls from the alt-right, incel and MGTOW communities have questioned or downplayed Bouman's involvement; on 14 April Nathan Cofnas joined these trolls on Twitter to claim the media had somehow lied about Bouman:

Cofnas' troll tweet has been "liked" 83 times by alt-righters, anti-feminists and incels, e.g. Emil Kirkegaard (who openly identifies as a sexist), an incel user who goes by the name "inceluprising" and Robert Windhager who describes himself as a "plain normal old cis white male. Hates #PoliticalCorrectness".[50][51]