To be fair, even my ultra-socialist econ prof recognized that there are two branches of economic conservatism. Supply side conservatism is one, but laissez-faire is the another. Both believe that lower taxes are better... but not all (of both types) are ignorant enough to believe that cutting taxes ALWAYS increase income. Taxes have to be in the 80-90% range for this to work. JazzMan 08:56, 7 September 2007 (CDT)

To the True Believer, tax cuts are kind of like the medieval practice of bloodletting--if the patient died, its because they still had too much blood left! --Gulik 12:00, 7 September 2007 (CDT)

Exactly, Jazzman. I only said "specific circumstances" or whatever, but, basically, marginal rates have to be very high for the Laffer curves to indicate that tax cuts will "soon" increase revenue. "Supply side" is a bizarre political stand, because it has nothing to stand on but the conflation of a specific scenario to all scenarios. Of course, there is also the switch from monetary policy (manipulating the money supply) to fiscal policy (manipulating interest rates) that is a "supply side" feature. While inflation seems to be "under control" after a couple of decades of this, there is of course no "control" group, so maybe it would have abated on its own. humanbe in 12:56, 7 September 2007 (CDT)

You people are fucking ridiculous. KARL MARX was a supply side economist. It has to do with whether or not the supply curve is steep, that is to say whether or not it costs capital to increase production. That happens to be the case as we live in the industrial world and we're not picking never-ending berries in some fantasy world. The editors here should be embarrassed to call themselves rational. Nothing you're saying has anything to do with supply-side economics, it reads more like a propaganda page for people who support expanding government power, which seems to be like a religion for you retards since you haven't actually studied anything beyond the wikipedia-page on evolution.

Marx devoted a chapter specifically to tearing apart say's law. He was very much not a supply side economist.

Demand side economists are people that reject Say's law and think that demand drives supply instead of just changing the price. These are also known as people who live on another planet and don't know shit about economics.
When supply-side economics was implemented during the Reagan years the taxes for the higher income earners were over 70%, a simple model of taxable income by income bracket shows that lowering these taxes (among others) did increase revenue. More importantly it grew the economy. Marginal rates doesn't have to be high for the Laffer curve to indicate it will increase revenue, the question is whether or not it will pay itself back. Bush tax cuts did not, the tax cuts on the higher marginal rates during the Reagan years did. Where the calibration point lies is irrelevant.
Supply-side is not a bizarre political stance, it's where all schools of economics (classical, institutional, Austrian, neoclassical even marxist economics) except for Keynesian and Neo-Keynesian economics stand. It has nothing to do with politics you bunch of illiterate morons.
I will not edit the page, but leave this is in the discussion page so that people interested in the validity of content of the page can read what is actually true from someone with a masters on the subject. //Visf

Should some mention be made of the Kennedy tax cut, in which this actually worked? I know it's the only time in the US that it has, but it might be important. Researcher 00:28, 17 October 2007 (EDT)

I cut this text from the article, for the reason given in the comment below:

Reaganomics cut spending to increase demand rather than using subsidy. It also cut taxes with the hope of increased supply, selling, profits and tax revenue. Reaganomics also deregulated the market, so stores could charge whatever they could. While the inflation increased tax revenue, the government got billed larger amounts because of the inflation and deregulation.

Coining money, on the other hand, could enable the government to pay its bills without taxes. Coins can be considered of value because they are both a product and service, and also because the government making them sets their value. Coins worth a trillion dollars could be made and deposited into government accounts.

Since the government would not be borrowing, it would never need higher taxes or perhaps any taxes at all. The government could pay its bills without any bonds or taxes. It could provide state aid to school districts and local governments and subsidy to businesses and welfare to people.

Creating lots of fiat money all at once is a big step down the slope of inflation. Unless the "trillion dollar coin" were made of numerous kilograms of gold or plutonium or bouncing wonderfulonium, it might as well be a paper note. Not gonna work, for reasons best explained by someone else with some knowledge of economics. Sprocket J Cogswell 21:12, 21 November 2009 (UTC)

May very well be so, but will it hold its value? I'm thinking something like Moore's law might apply, not to mention the difficulty of holding the stuff in an uncontaminated state. Sprocket J Cogswell 17:18, 23 November 2009 (UTC)

To which "this" does that refer? To me, it seems more like "He was also in charge of fiscal policy, and decided to adopt the leaf as legal tender, making everyone immensely rich." The results are history. Sprocket J Cogswell 22:04, 21 November 2009 (UTC)

Pretty much what I figured you meant, thanks. To me, that Social Credit thingy appears to need a lot of institutional intervention (i.e. propped up on a global scale) to work, if it would work at all. Any one of a number of different foreseeable meltdowns, literal or figurative, would pretty well trash the system, and we'd be back to bartering. Somewhere else I saw gold, tobacco, and ammunition mentioned as likely media of exchange if it came to that. Sprocket J Cogswell 22:33, 21 November 2009 (UTC)

Get your facts straight first before editing this article[edit]

Before posting unsourced or unsubstantiated claims of economic history regarding tax revenues, please try to be accurate. Tax revenues under Reagan increased. Tax revenues under Bush II dropped, with the exception of 2007. Posting inaccurate assertions makes us look like Conservapedia.

Would it hurt you to make fewer snide cuntish comments while editing or does it just come free with the service?

And the economy took ages to recover under Reagan. Also, the current recession started early in 2008. Also, when removing big chunks from articles it is usually good manners to paste them into the talk page for discussion. ħuman

Recover from what? By 1988, unemployment was 5% and infaltion had ceased. I only changed things that were factually incorrect. It seems as if some on here are intent on making RationalWiki to be just the liberal version of Conservapedia, where factual inaccuracies go unchecked. (It also doesn't help that some of the "references" here are not really references, but just more unsubstantiated rants). As far as my position, I believe it's way too simplistic to say Reaganomics worked or it didn't work. If there is an edit of mine that you dispute, discuss it, but to rollback all of my edits without discussion is very TKish, don't ya think?ConservapediaEditor (talk) 03:54, 1 May 2010 (UTC)

I'm actually with ConservapediaEditor on this one.

1988? Taking 7 years to heal a disastrous recession is not a merit badge. As I dug through your many edits, some of which deleted large chunks of text, I got weary, since you weren't bringing any of you plaints to the talk page. ħuman

And the end result of massive deficit spending on the military to prime the economy? The worst recession since the great depression in '92 or so, when people with jobs were losing their houses. Horribly similar to the result of W's mismanagement of the economy. ħuman 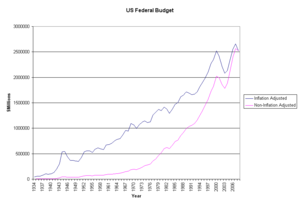 The 1980-82 recession was much worse than the 1990-1992 recession. In fact the 1980-1982 recession was marginally worse than the current recession, which is a partial testament to both the TARP bailout and President Obama's stimulus plan. Military spending had much more to do with engaging in an arms race with the Soviet Union as opposed to economic stimulus. ConservapediaEditor (talk) 08:38, 1 May 2010 (UTC)

If you give tax cuts to the poor, they only spend it on food and shelter[edit]

In many of the post-Communist regimes, a world drop in oil prices gave the appearance that trickle-down economics worked.

This is a complete conservapedia-like utter crap. Clarify, or delete. Any citations, research? BTW check the economic growth of post-Communist economies, who adopted flat tax rate and compare them to the rest.

Tax revenue increased under Ronald Reagan, how is this possible?[edit]