This template returns the first thousand characters of a random article from Category:Cover story articles, for use on the main page as a featured article.

Atheism (from the Greek a-, meaning "without", and theos, meaning "god") is the absence of belief in the existence of gods.[1] Theos includes the Abrahamic YHWH(s), Zeus, the Flying Spaghetti Monster, and every other deity from A to Z ..→ read the entire article

Chemical structure of thiomersal. The large, light grey atom is the dreaded "Hg".

On June 11, 2007 the US Court of Federal Claims opened hearings on what has been dubbed the autism omnibus trial. This omnibus trial stems from over 4,800 lawsuits that were filed by families, claiming that thiomersal contained in earlier vaccinations, and the measles in the mumps-measles-rubella (MMR) vaccine, played a causal role in the development of autism in their children.[2]

Build up to trial[edit]

Birth control, also known as family planning, is the practice of taking steps to prevent pregnancy or childbirth as a result of sexual activity. Birth control is often used synonymously with contraception, but birth control technically includes such things as abstinence and the "rhythm method" which do not prevent conception. Abortion is usually classed as birth control since it prevents a full term pregnancy.

Some forms of birth control, such as the condom, can help prevent transmission of STDs.

There are several broad groups ..→ read the entire article

Chelation therapy is either 1) a legitimate medical treatment for diagnosed heavy metal poisoning, or 2) a pseudoscientific practice whereby certain substances (usually EDTA or deferoxamine) are administered to a patient to "clear them of toxins".

In chemistry, "coordination" is the formation of a relatively weak bond between a metal ion and another substance called a "ligand" to form a "coordination complex". "Chelation" is a type of coordination where the ligand has multiple sites ("teeth") with which to bind to the metal, which makes the complex significantly more stable.[4] A commonly encountered chelating agent is citric acid, which is a useful rust remover owing to its ability to chelate to iron. Chelation therapy is medically useful in heavy metal poisoning when the coordination complex ..→ read the entire article

Evidence against a recent creation

The evidence against a recent creation is overwhelming. With the possible exception of Flat Earthism, there is no greater affront to science than Young Earth creationism (YEC).

This article collects evidences that place a lower limit on the age of the Universe beyond the 6,000 to 10,000 years asserted by most Young Earth creationists (YECs) and the literalist Ussher chronology. All of this evidence supports deep time: the idea, considered credible by scientists since the early 1800s, ..→ read the entire article

Four of Darwin's 15 species of Galapagos finches, all of which evolved from a common ancestor. Clockwise from top left: Geospiza magnirostris, G. fortis, Certhidea olivacea and Camarhynchus parvulus
This page is about biological evolution. If you are interested in other uses of the word, please consult a dictionary. Or see the section Non-biological evolution below.
Herbal supplement

Herbal supplements are non-pharmaceutical, non-food substances marketed to improve health. Herbalism (herbal medicine, botanical medicine) is the use of plant-derived substances, and sometimes other environmental substances, to treat or cure medical conditions. The idea is ..→ read the entire article

Lenski affair
Were you looking for the Lewinsky affair?

The Lenski affair was an attempt by politically conservative activist lawyer Andrew Schlafly (creator of Conservapedia and endorser of creationism) to challenge the groundbreaking research of Michigan State University professor and National Academy of Science member Richard Lenski. Lenski and his student Zachary Blount had reported observation of evolution in bacteria. Schlafly wrote to Lenski. He demanded raw data but Lenski refused. Lenski cited Schlafly's lack of credentials as a qualified bacteriologist. Schlafly's challenge resulted in publicity on the Internet. Richard Dawkins discusses Lenski's research and the affair in his book The Greatest Show on Earth, referring to Schlafly's implied doubts about Lenski's results as an "impertinent suggestion".[10] ..→ read the entire article

"New Age" is a catch-all term for a wide range of spiritual and social movements, most of which developed from the Human Potential Movement of the 1960s and 1970s. Characteristic of the so-called New Age movement is the focus on spiritual matters, with an emphasis on individuality. Those with an interest in such matters often tend to attribute New-Age beliefs to real or alleged Asian mystics, particularly Indian and Tibetan ones, and many New-Age type beliefs draw heavily from Eastern religions, particularly Hinduism.

The New-Age movement lacks intellectual rigor and shuns scientific approaches to reality, ostensibly due to the perceived separation between science and spirituality, but also under the pretense of a vague postmodernism. New-Age believers typically take a ..→ read the entire article

Non-materialist neuroscience is a reactionary, anti-science movement — like creationism and intelligent design. Rather than offering a hypothesis that might lead to predictions and experiments, it simply catalogs things modern neuroscience supposedly cannot yet explain.

Computational modeling and non-invasive imaging of living brains have allowed researchers to begin describing how complex thought emerges from the firing patterns of neurons. Modern neuroscience is rapidly reducing much of human thought, emotion and behavior into component pieces of neuronal interactions.

When materialist causes become both necessary and sufficient to explain all of human thought then parsimony will dictate throwing out references to a soul or to other supernatural entities. In a way, neuroscience is the death knell of dualism. ..→ read the entire article 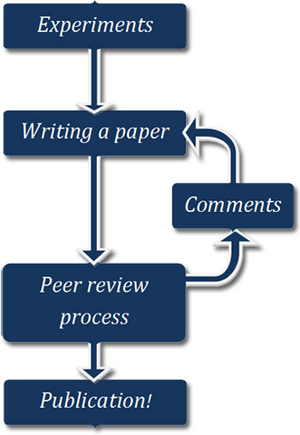 Peer review is the process of subjecting scholarly work to review by other experts in the field.

The term "peer review" is typically used for scientific and academic publications. When an article is submitted, it is sent to the authors' "peers" (i.e., other experts in the same field) to assess the quality of the work. A similar approach is also generally taken to evaluate research proposals submitted to agencies for funding, such as the National Science Foundation (U.S.) or Natural Sciences and Engineering Research Council (Canada), where the proposals are sent out to qualified scientists to assess whether the proposed projects merit funding.

The first, and most notable, step in peer review is when a piece of scientific work is looked at by reviewers (sometimes called "referees") for approval prior to publication. Typically each ..→ read the entire article

Poe's Law and its corollaries[note 1]

It is an observation that it's difficult, if not impossible, to distinguish between parodies of fundamentalism and other absurd beliefs, as well as their genuine proponents, since they both seem equally insane. For example, some ..→ read the entire article

Same-sex marriage officiated by the mayor of Liège in Belgium. 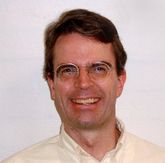 Andrew Layton Schlafly (1961–), also known as "Aschlafly", is an American lawyer and homeschool teacher in his home state of New Jersey, where he has taught at least 250 homeschooled teenagers since 2002.[14][15]

He is the founder of a fundamentalist Christian wiki called Conservapedia, which promotes extremist versions of conservative, ..→ read the entire article

Their belief is derived from a literal interpretation of the two creation myths in the Biblical book of Genesis. ..→ read the entire article

Cite error: <ref> tags exist for a group named "note", but no corresponding <references group="note"/> tag was found, or a closing </ref> is missing