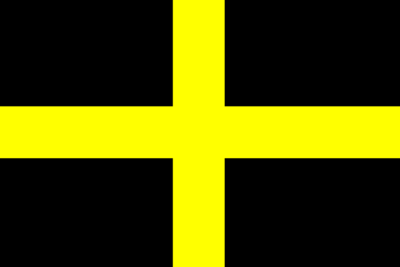 This flag is pretty badarse I reckon.

I am ConCass, and I'm here because I enjoy using this site as a source during arguments. Primarily when it is talking about objective fact (historical events, disproving conspiracies, race), rather than opinion (such as political ideologies). I love disproving conspiracy nutcases because I enjoy drinking their tears. I also hate fundies, because they make the rest of us look bad, and racists, for obvious reasons.

I am a practising protestant, but as far as theism is concerned, I'm more agnostic, or more accurately a deist leaning towards agnosticism. I am in particular a protestant because I do not believe in the bizarre practises (their beliefs are no more or less ridiculous than any religion) of the Catholic Church and would rather make my own mind up about religion. It's also quite difficult to have a personal relationship with God when there's a hundred-man hierarchy in between.

This is a book of ancient Hebrew myths that talk about a different God to most Christians, and how fundies can't see this is beyond my understanding. Clearly, it features a malevolent God who mercilessly kills many people, and a bunch of characters with Middle Eastern names all roaming the desert, so how mediæval painters managed to read names like Shammua, Zaccur, Hori and Ephraim and think "these were white guys" is beyond my understanding (Jesus was also brown). Before I drift off subject, I'll say that the OT does not apply to modern Christianity and Yahweh is not a Christian God (he's not even close, let alone when you count the numbers side by side).

It's bollocks. If the trinity is correct, the flesh-and-blood Jesus son of Mary would be God in a human body. Except Jesus is not God incarnate, because I severely doubt that an omnipotent, immortal God was executed by some Italians under the popular request of Middle Easterners. I do like to believe Jesus existed, but if he was the Son of God, he was fully human, because anything else would violate the whole concept that Jesus had human feelings and temptations.

In Greek, which the NT was originally written in, and in those days in general, the word "virgin" meant both a woman who's never had sex, and a woman who's not married. The "virgin birth" could refer to a woman who wasn't married, although that would destroy the immaculate conception idea (being a protestant, that doesn't affect my beliefs like Jesus not being Messiah doesn't affect Jews).

For the sake of argument, put aside the fact that there's no evidence any of it happened. Saying that turning water into wine "isn't scientifically possible" won't change my mind, since if it were scientifically possible it wouldn't be much of a fucking miracle now, would it? "I'm the Son of God, and to prove it, I'll light a fire".

It's a proven fact, and no amount of opinion will change it. Just because we're not the inbred offspring of two naked Iranians who ate from a tree 6000 years ago does not disprove that any God exists. Also, we're not descended from apes - we are a species of ape.

I do not actively believe in any form of afterlife.

I do believe that if Hell exists, there is no way in Hell that an all-forgiving God would cast anyone into the pit for eternity with no possible release ever. I firmly believe God would not grant a sadistic serial killer forgiveness, but to paraphrase this Wiki's article on Hell, even a serial killer only caused a finite number of deaths. As a result, I believe that should it exist, Hell is reserved for the likes of murderers, rapists and thieves - an all-forgiving God would not cast people of other religions or lack thereof into Hell if those people were good, and Jack Chick is a fucking imbecile for seriously believing that good charitable Christians can go to Hell for not converting other people.

Homosexuality is 100% natural and not a choice. If God would cast someone into Hell for that, He might as well cast someone into Hell just for being born white. Even if Jesus died on the cross "for our sins", assuming homosexuality was a sin under a Jewish God, surely that should render homosexuals as unsinful now? If there is no God, then homosexuals should have no reason at all to hide their ways. Basically, a homosexual shouldn't hide their sexuality because the Bible says so and said homosexual doesn't believe in the Bible. On that note, God Hates Shrimp.