A guy from Polandball who was raised as a Jehovah's Witness, but his faith was irreversibly shaken when confronted with evidence for common descent and against the global flood.

As you can see in the boxbar on the right, I am radically leftist by U.S. standards. However, I have some opinions which are rather unpopular on the left. For instance, I am not particularly opposed to big business as long as it is behaving responsibly, which is too much for some.

I visited Chernobyl and Pripyat in the summer of 2011.

I write mainly about nuclear power, genetic modification and environmentalism. Sometimes I delve into religion.

This is an older polemic with the anti-nuclear movement which formed the basis of the FAQ on radioactivity and nuclear technology: 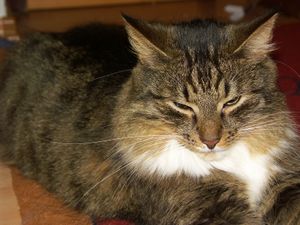