Not everyone has zapfino installed as a font. The way to do a backup list is: <span style="font-family: Zapfino, Vivaldi, Apple Chancery, Brush Script MT, cusrive">Foo</span>. This way if the person doesn't have the zapfino font (mostly found on macs), it tries Vivaldi[1] which is not uncommon on PCs and close to what I think you're after, then to Apple Chancery which is the default mac font for cusive and on some pcs, then brush script MT because I think the default for windows for cusive is Comic Sans MS which isn't what you are after. The thing being, this provides a backup list for the font - just in case someone doesn't have one installed. You also might like script 9[2] or oldscript[3] which are both free fonts and you can point people where to get it easily (I've got it now on my system). There's also a way of embedding a font in the css, but you need control of the css rather than just the style in the span so you will know the user has the font - you sent it to them.[4] Some day, I'll get back into the hobby of fontology and make free (beer and speech) fonts --Shagie 05:37, 27 May 2008 (EDT)

You Liberapedeites are old friends of Kurgan, aren't you? I was gonna leave him unblocked today, though, because as far as I can see he only put up an inane advert about a fight between him and his sock. Did he blank a page I didn't see? <font=""; face="Comic Sans MS">Jellyfish!</font>I laugh until my head comes off. I swallow until I burst. 18:12, 27 May 2008 (EDT)

Well, we sort of have a policy of not blocking vandals' usernames unless they have actually done vandalism, except SHahB and Grawp. Lyra § talk 16:08, 31 May 2008 (EDT) 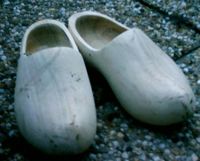 I see. Have bear:

A thousand I'm sorrys for my massive failure on the WIGO talk page Archive attempt... as an act of remorse... I hereby block myself for the night... and now I take my leave, I have a play to perform in... Good day But seriously, thanks for cleaning that up SirChuckBCall the FBI 18:52, 31 May 2008 (EDT)

Impossible, I sold my soul to Mephisto long ago in an attempt to become bounded to an enslaved demon and thereby becomming a supernatural superhero. SirChuckBCall the FBI 02:45, 1 June 2008 (EDT)

Well, to keep this short and to attempt to hide some of my nerd like qualities, that's the backstory to GhostRider SirChuckBCall the FBI 00:39, 2 June 2008 (EDT)

Thus I conclude all discussions on my talk page:

That's just a transition to a flashback, eh? ħuman

1. Be sure to change your signature links. 2. Also, it's a good idea to re-register your old user name, since now it's available for Bohdan to commandeer, if he's awake. ħuman

Wait, why didn't you just git urself changed to Lyra Belacqua? Surely it's available (if not, I could kill the imposter...)? ħuman

Shakespeare is probably one of the most quoted authors ever, and thus also one of the most misquoted ones. In this case, however, he does most assuredly write about good hangings rather than ordinary, everyday ones. --AKjeldsenPotential fundamentalist! 10:43, 4 June 2008 (EDT)

We must be looking at different texts of the play. They are so famous that there are bound to be a few discrepencies throughout the numerous editions. Lyra § talk 15:17, 4 June 2008 (EDT)

"The game". The object is to not remember you're playing. It seems pretty pointless to me, and I only know about it because a vandal posted an article about it a while back. You could probably look it up, if you wanted. <font=""; face="Comic Sans MS">Jellyfish!</font>I laugh until my head comes off. I swallow until I burst. 15:21, 4 June 2008 (EDT)

Hardly. Look up some of my exchanges with SHahB sometime. Also, The Game. --AKjeldsenPotential fundamentalist! 15:46, 4 June 2008 (EDT)

We have a number of quotation templates, most of which aren;t very intuitive (but do work). What are we talking about ;) I could go break it worse... ħuman

Are you perhaps familiar with the TV Tropes site? It is easily capable of removing a few hours of one's precious life. --AKjeldsenPotential fundamentalist! 11:58, 8 June 2008 (EDT)

Does it work to stack up the namespaces on a "my fault" thing like that? ħuman

Ah... did you try it without those namespaces? Just curious... ħuman

Just make one up, like I did. And for fun, I think even just moving an article there counts as creating it, to the software. So it oughtta be a piece of cake ;) ħuman

Glad you found my parody so convincing. Playing an evil moron is fun, but can be sort of scary, particularly when method acting. I believe someone else said my parodying was poor, being too over the top. Took them long enough to catch on. They never did revert any edits. DickTurpis 15:49, 8 July 2008 (EDT)

I am the user formerly 3.14159, until I discovered you could stick non-alphanumeric characters into the name box, now login is a complex task. Jelly, became Chaos! (with the apostrophe) and then Pink, they are gone now although they hang around ASK a bit. I miss Jelly she/he was the one that sysopped me. - π 01:42, 18 May 2009 (UTC)

Welcome back Lyra. I think you'd gone before I got here (I've been at RW since August), but I'd noticed some of your past contributions (& am also a Pullman fan). Good to see you back here. Ŵêâŝêîôîď