Difference between revisions of "Chickenhawk" 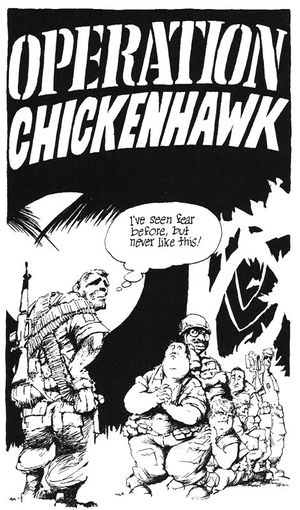 A chickenhawk is a person in a position of public prominence or power who displays two traits:

Currently, the U.S. Administration has an abundance of these creatures. Indeed, since the resignation of Colin Powell, there is no-one with genuine combat experience in any prominent executive position. This can lead to policies based on dangerously abstracted notions of the nature and efficacy of war.

Those who have seen the horrors of war first-hand tend to be cautious about wilfully unleashing such havoc again, no matter how remote or foreign the field. As well as not appreciating the full human costs of their decisions, there remains the uncomfortable suspicion that chickenhawks are prepared to send others to risk their lives in ways that chickenhawks would never risk their own.