Difference between revisions of "Talk:Main Page"

This page is automatically archived by Archiver
Archives for this talk page: Archive list

Quote generator as one of the cover templates?

Should we have a place on the front page to put perhaps a combined quote generator, a grand combination of Kenquote, Assquote and Swabquote? Thieh 00:01, 5 May 2009 (UTC)

I don't think so. What purpose would it serve other than to make a mess? ħuman

Okay, well you're going to get that a lot since wikia went to it (; I help out on several wikis, and I happen to know it would take you about 10 min to annoy the hell out of all the non-wimps. But I understand if you don't want to do it, 'cause it's sooo horrid to see that little editor link looking at you round that bathroom door when you're just trying to edit some source in peace. Nice template sig.... cool. Tarantallegra 05:55, 18 June 2009 (UTC)

WikEd is nice and I keep it on (albeit disabled by default) for search and replace mainly, but the loading time can be horrible, and it can screw up the code, especially when you copypaste. All the other WYSIWYG editors I know of are mediawiki extensions and experimental/beta, so I don't want to mess with that. -- Nx / talk 06:14, 18 June 2009 (UTC)

Yeah, FCK is not really completely worked out, but I guess if wikia is using it then it can't be too terrible. It's getting pretty good except it ruins comoplex code and you can't easily edit inside of templates on the page. I can see where you'd not want to bother. Tarantallegra 08:01, 18 June 2009 (UTC)

What is going on?

Heh, I tried to reply just as TMT locked the Database. This message brought to you by:

Hi! The community here should be aware that Wikipedia and other Wikimedia projects have voted to switch licenses to Creative Commons-Attribution-Sharealike 3.0 from the GFDL. This is possible because contributions are licensed under "GFDL 1.2 or later versions", and the GFDL 1.3 has a provision to allow wiki projects to switch to Creative Commons. However, according to the terms of the GFDL 1.3, switching licenses is only possible if done before August 1, 2009.

Because Wikipedia is changing licenses, it will no longer be possible to move content to and from Wikipedia (without violating the licenses) unless this project also changes over to CC-by-sa. I don't know whether that is a possibility, since it appears that your content is GFDL 1.2 only, not "GFDL 1.2 or later versions" like on Wikipedia. However, you might have some wiggle room since all your links to the license just point to the current GFDL at gnu.org, which is now version 1.3. In any case, your community should be aware that if it doesn't switch to CC-by-sa, importing Wikipedia content will not be legal

Thank you for the information, we are currently discussing the switch on site at Debate:Should RationalWiki switch to CC-BY-SA 3.0?. I think the language that it would be illegal to use Wikipedia content is a bit strong. CC-BY-SA provides for licensing under "similar licenses." tmtoulouse 23:25, 29 June 2009 (UTC)

There's a bit of a difference between those two statements, isn't there? I doubt they'd actually want to use our content at WP anyway. Anyway, the only thing I copy from wikipedia are commas. Lots of them. ħuman

Grow up and get jobs

Some of these anti-intellectual vandals and trolls were having some fun at your expense, Richard. If you've gotten wind of it, or hear of it at some point, pay it no mind. Mainly just a group of malcontented trolls who frequent several sites, and of course the usual gang of young teen vandals all too common to the Internet. --₮K/Admin/Talk 20:28, 19 April 2009 (EDT)

Just an excerpt from Richard Jensen's talk page. You people are fools and little kiddies with nothing better to do with your time and your lives. Grow the fuck up and stop harassing another website for no fucking reason (other than your perceived intellectual superiority). Or else spend your time on 4Chan. Because you people are completely pathetic. You are vandals and fucking trolls who need to get girlfriends and who need to get a fucking life. MarcusCicero (talk) 15:17, 11 July 2009 (UTC)

Normally I wouldn't feed the troll, but what the hell? It's the weekend and I'm up early... So MC, tell us, do you take an aggressive posture online to cover your own real life insecurities? OR are you just a prick? SirChuckBPenguin Knight, First Class 15:25, 11 July 2009 (UTC)

No, I have a job and a life. I'm a prick when it comes to dealing with people who in my opinion barely deserve to be called human beings MarcusCicero (talk) 15:28, 11 July 2009 (UTC)

Beat me too it, SirChuck. I have to laugh at how he chuggs down TK's coolaid and assumes that everything bad that happens on CP (that isn't caused by Andy or TK, of course) comes from us. Hopefully, MC also vents his spleen on EBaumsworld, 4chan (although I doubt he gets past the /y/ channel), ED, UC, etc., etc. and every other site out there that points at his beloved "encyclopaedia" and laughs. --PsyGremlinWhut? 15:34, 11 July 2009 (UTC)

So MC, you have a job, and a life. Yet every three weeks or so your surface around here to bitch and moan..... Maybe your boss should give you more to do..... By the way, you're so brave that when someone responded to your posting, you tried to burn it... Way to take a stand on your convictions... You really are a sad little man MC, a sad little man. SirChuckBPenguin Knight, First Class 15:51, 11 July 2009 (UTC)

I'd love to have a job right now, but the way the economy here is right at the moment, hardly anyone's hiring temps over the summer so I've had no luck. Seriously, the market for temporary clerical work is total crap right now. As far as growing up, I'm going to school to learn how to make cartoons and draw comic books for a living. Growing up is not really a required job skill. --Kels (talk) 16:01, 11 July 2009 (UTC)

Hmmm, interestingly, I have a job (a pretty damn good one) and a girlfriend/fiancee. I've never vandalised Conservapedia (I will admit to one or two accounts that added some wierd stuff, but it was stuff that they by and large agreed with). I assume it wasn't addressed to me, then. Never mind. But still, seriously, why do these people blame Rational Wiki when the actual majority of real "trolls and vandals" (as opposed to those who were just out to challenge Andy and Co.'s more bizarre beliefs and therefore labelled as such) operate out of 4Chan, Encyclopaedia Dramatica and Uncyclopedia and more where they genuinely are little kids with nothing better to do.

Yup, knock it off NF, please. This message brought to you by:

Who needs stopsigns WHEN THE CONVERSATION HAS GONE OFF ONTO SOMETHING NON-CONTROVERSIAL? Seriously Flare, did you read beyond the first comment? --Kels (talk) 17:42, 11 July 2009 (UTC)

When the Nazis came for the communists, I remained silent; I was not a communist.

Then they came for the Jews, I did not speak out; I was not a Jew.

When they came for me, there was no one left to speak out for me.— Unsigned, by: MarcusCicero / talk / contribs

Can we please end this whole stopsign arguement? Otherwise, it might create the need for one, and that would be self-defeating, wouldn't it?The Goonie 1 (talk) 17:46, 11 July 2009 (UTC)

Can we have a template that basically says "SHTOP! This Flame War isn't ready yet! Where are the accusations of being a Nazi? Where is the uncensored F-word? Why are you acutally being civil?" (okay, so if you haven't seen the advert, it will be lost on you).

This really doesn't belong on the main page... Perhaps we should move this to the bar where we can continue over drinks. SirChuckBPenguin Knight, First Class 20:56, 11 July 2009 (UTC)

Aye. At what point? Just the quote-astic bit below or cut it from futher up?

Convienient edit for the nonsense section 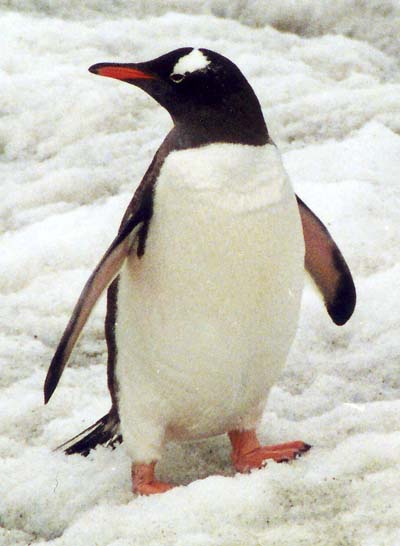 Did Somebody Say Penguin? You're Welcome

OH OH OH, Now that we've made MC looks stupid are we just dropping random out of context quotations? I'll go next, I'll go next:

My turn! Here's a favourite:

I think this is about as irrelevant as you can get.... perhaps. Penguin.

Jeeves has basically been waiting on the sideline for months to have a legitimate reason to throw me in the vandal bin. Jeeves - Go fuck yourself you PRICK. MarcusCicero (talk) 20:00, 11 July 2009 (UTC)

I think even you would agree you're usually just an asshole, not a vandal, so I'm not sure what you think he was waiting for because your recent behavior seems new-ish to me. So did Jeeves get a legit collar or not? You know you're likely to get out of the vandal bin as soon as whatever has you acting out the last few days passes.

If you don't want to be in the vandal bin, than quit trolling and do something useful. Do this at least once in a while, and then maybe you'll have a reason to complain. Otherwise, shut up.The Goonie 1 (talk) 20:10, 11 July 2009 (UTC)

Yes, well. I'm sure your buddies at your secret laughing at RW forum, and your girlfriend who goes to another school will comfort you in your hour of need. --JeevesMkII The gentleman's gentleman at the other site 20:30, 11 July 2009 (UTC)

Don't rise to it dude, this is what they all want. The bad thing with the vandal bin reducing the rate that people can edit at, is that it means they have to think very carefully about how much annoying, offensive and provoking shit they can cram into just one edit.

That's a bad thing? One of the big problems with MC is that he's boring. A few single edits that focus on quality would be a big improvement, even if they're quality insults --Kels (talk) 20:47, 11 July 2009 (UTC)

Marcus Cicero has a mental disorder

This is John's brother. I know he has been using this account for a variety of reasons, none of them productive for his troublesome history of mental health problems. For obvious reasons I don't want to go into details about this but suffice to say my mother and father have decided to withdraw his access from the internet for the duration of his most recent treatment process.

I apologise on my brothers behalf for any problems he may have caused this website during his period of instability. As you know, his posts have been of a bizarre quality but that is merely a reflection of his real world mental anguishes. MarcusCicero (talk) 23:09, 11 July 2009 (UTC)