Difference between revisions of "United States"

"You can always count on Americans to do the right thing — after they've tried everything else." (attributed to Winston Churchill, without a damn source)

The United States (U.S., U.S.A., or more arrogantly, "America") is a republic consisting of fifty[1] or so "states", mostly located in North America (and their colonies, possessions, territories, and rental properties), some of which, at various times, wish they weren't (but won't renounce their ownership because they love the truckloads of free money that flow in while not having the responsibilities of full-fledged statehood).

The U.S. has pretty much run the world since World War II, but especially so since the fall of the Soviet Union. It is currently the world's only superpower.[2] If the U.S. doesn't start making things again, it is considered by experts that China will pwn own their ass very soon.

The U.S. (America) is the only nation in the world to have ever used an atomic weapon in anger, and they did it twice in three days. Perhaps six or seven other countries have set them off, but not in anger, so it must have been just for fun. Thus, many other nations are afraid that they will be pwned by America.

In America, it is only eaten Freedom Fries and drunk Kool-Aid.

The U.S. is separated into two parts: "Jesusland" and "The Secular States Of America". 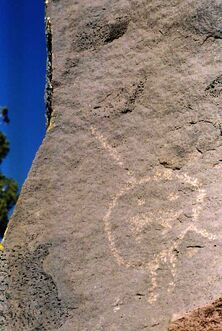 North America was settled - much to the bemusement of the people who lived there already - by foreigners following Columbus's successful voyage to India across the Atlantic Ocean in 1492. The continent was named for the mapmaker who pointed out that he was not quite right.

The first permanent English settlement founded was Jamestown on the coast of present-day Virginia, in 1607. Though the inhabitants spoke English and therefore count more than the Spaniards in Florida, no compelling mythology was attached to this colony, and so the Pilgrims' founding of Plymouth in 1620 is the one that Americans have mythologized, and celebrate annually, as being numero uno premiere first. The Pilgrims, who were Puritans, left Europe in order to be free to persecute people for their religious beliefs.

Maryland was founded as a refuge for Catholics. Its enlightened rulers decided to only persecute those lousy non-Christians.

Pennsylvania was more tolerant than most of the other colonies, perhaps a result of being founded by the Quakers, who maintain the record as the single most despised group of Christians in all the British Isles.

The French and Spanish also founded many colonies in what was to become the United States (and Mexico) in the 16th and 17th centuries, most of which were later sold (France) or lost in wars (Spain and her successors) to the U.S., which is why the country today is trilingual.

A century and a half later, the East coast colonists got teed-off about having to stick stamps all over everything while drinking inexpensive East India Company tea, so naturally they went and started a revolution. They somehow won a war against the most powerful nation on earth (a fact the good folks at the Pentagon should bear in mind), and took the unorganized territories Britain had claimed to their west, as well. A few years later the U.S. bought "Louisiana" (at that time stretching from the current state of that name to Minnesota and Montana) from Napoleon, who was broke, doubling the size of the country. After beating Mexico in a war over the U.S. annexation of the Republic of Texas (a breakaway territory still claimed by Mexico), the U.S. extended its territory through what had been New Spain to the Pacific. A little trimming here and there, and the acquisition of the Pacific northwest, established the continental boundaries that today seem so... Manifest.

Alaska was purchased from Russia when it didn't have oil or gold yet. No one can explain Hawaii, except for this fact; we were @$$holes to them. What are the odds?

Given the choice between Christian Love for all People, and making money off of the backs, lives, and freedom of dark-skinned people, a large chunk of the US chose the money. For both moral and economic reasons, the tension between these two factions continued to grow worse, until Reed Richards cloned Thor. Oh, wait--wrong Civil War.[3] When a large portion of the Southern states tried to revolt, they discovered that while they had all the good generals, the North had all the factories and railroads. The war was over a century and a half ago, and there are no hard feelings about it at all.[4]

These days, black people theoretically enjoy all the same liberties as whites, but continue to form a social and economic underclass in many areas due to discrimination. State-mandated efforts to ameliorate this are widely despised by some Conservatives and Libertarians, who call such measures "reverse discrimination."

Having banned slavery, the United States became a color-blind society, much to the joy of all. About forty years later, women were also granted personhood, and the country also became gender-blind. Also around this time, alcoholic beverages were banned, and unbanned, making the country blind drunk for a few years.

In 1941, Japan dragged the xenophobic, isolationist United States into the war in Europe, which the U.S. won for the countries that couldn't build good cars. These countries, especially France, never forgave the U.S. for interfering in this domestic spat.

With most of the rest of the industrialized world lying in bombed-out ruins, the U.S. rapidly became an unrivaled economic powerhouse. 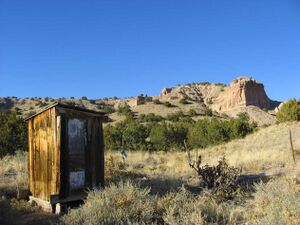 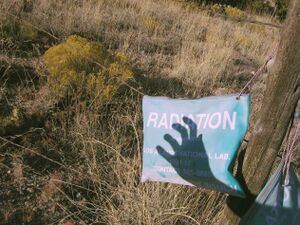 The United States in short order romanticized most of its history, including claiming to be a European Christian nation that deserves to run the world since it means well. The natives probably would have died and gone to hell anyway.

The currency of the USA, and by default the world, is the almighty dollar. If countries beg to differ, the USA is sure to reassure them the dollar is mightier than silly currencies like the euro.[5]

In its constant struggles to keep new immigrants away, there are a number of "English-only movements" that seek to make sure that immigrants must learn English, or else!

Many Americans think they are God’s own nation or God’s chosen nation, and those who hold to that most strongly are Bible Belt Protestant fundamentalists. It is very difficult to find any Biblical support for this view, being that the Bronze Age, Iron Age, and Roman people who wrote the Bible didn’t know about America. Thinking they're special and chosen in some way is pleasant so the American fundamentalists succeeded in convincing themselves of this. Under President Bush, all this fitted together nicely for them: a Christian fundamentalist President like themselves was leading God’s chosen nation.

Since the election of the non-fundamentalist Obama, fundamentalists may have a problem with this fantasy. The white-supremacists among them have a particular problem. Is the United States the nation chosen by God to lead the world with a duty to teach other less chosen nations American ways of doing things? What is the rest of the world learning from the United States? The rest are learning that it’s OK for a dark skinned person to lead the most powerful nation in the world. The descendants of slaveowners from the Bible Belt have to watch, as the type of person their ancestors would have kept as a slave [6] is elected their leader. Should it surprise us that the Republicans, especially white Christians, have so much trouble coming to terms with Obama?[7]