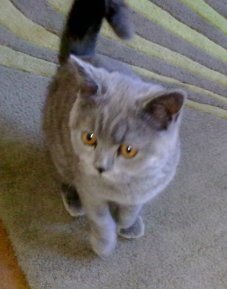 I was just checking my watchlist and found that you had been moved from "cryonically frozen" to "cryonically re-animated" in the RationalWiki shrine. Welcome back, old friend!!!! Gooniepunk2010 Oi! Oi! Oi! 04:21, 27 March 2010 (UTC)

But the site needed to go to hell, turn very quickly toward the exit and accelerate quickly to get rid of him. Wisest evil Phantom! 19:31, 19 April 2010 (UTC)

Your vote for me for the Lumpen Jumbles

If you want to know who I endorse in lieu of myself, I have officially endorsed Concernedresident for Lumpen Jumbles, 'cuz he's friggin' awesome! The Goonie 1 What's this button do? Uh oh.... 15:44, 14 May 2010 (UTC)

Here's the thing Ace. I've never believed in just telling people my IQ. Then they express skepticism. You have to make them work for it! Nothing convinces people that you're smart faster than confusing mathematics. For example, my IQ (IQ) is given by :

My 1976 SAT scores qualify me for Mensa membership. Only trouble is, I'd have to have to care, and find a copy of my scores (ie, I'm too lazy to join, and don't see the point). I'm not so smart now, because I learned so much since then. And as David Gerard so eloquently put it on high IQ society, nowadays its really easy to find people smarter than oneself on the internet. As Libertarian1 has found so easily. ħuman

What the fuck? Did you guys read the second paragraph of this and are winding me up? Oh and Libertarian1: The meetings aren't even a fraction as interesting as you make them out to be, so yes, I went to one, once, and will not go again. What's a boor anyway? CrundyTalk nerdy to me 07:53, 19 May 2010 (UTC)

Dude, we're all on your side. The psychosis part deserves to be in the article, kan you rite maybe? ħuman

One Forty Seven was when I concentrated deeply and tried hard. This is why IQ is complete bollocks - I would never put in that much effort into anything else so my day to day IQ is a lot lower. Acei9 08:28, 19 May 2010 (UTC)

Indeed. Also, the supervised tests are split into sections which are timed, and they give you very little time to finish each section, so you have to have your brain in quick-work mode as well as deep-concentration mode. CrundyTalk nerdy to me 08:37, 19 May 2010 (UTC)

Alcoholism also severely effects short term communication skills. I look at awesome diff now. Is it better than mine? ħuman

I have not joined Mensa because there is a chance that I might be expected to talk to someone. Wisest evil Phantom! 08:31, 19 May 2010 (UTC)

I have not joined Mensa because any organisation that is proud to have Geena Davis as a member is not for Ace McWicked. Acei9 08:37, 19 May 2010 (UTC)

I have not joined Mensa because I'm too busy arguing with you bastids. ħuman

Haha. I don't know what the big deal is anyway. Top 2%? Whoopie fucking doo. That's 1 in 50. So take 49 "average" people off the street (bear in mind the number of fuckwit chavs we have here now) and you're telling me you wouldn't be the smartest the majority of the time? Just about everyone on this site could get into Mensa. CrundyTalk nerdy to me 08:45, 19 May 2010 (UTC)