Difference between revisions of "User talk:Nx"

Why are you so humourless?

Thanks for cropping that image

Many thanks for editing this pic from Capturebot2. I'm sorry for creating such a massive file and my job for this evening was to have been to learn how to edit it and/or how to upload my local, cropped screen capture. I should probably do that now anyway though! 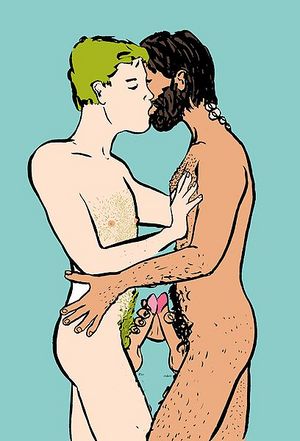 So when I try to log into RW from my Itouch, suddenly, after a few more attempts then usual due to forgetting my password, I suddenly find myself locked out with the message "Error: too many recent login attempts on this account". I am now in a severly pissed state due to my forced iP editing. So, I have two questions:

"Who the Hell made logging in such a bitch?" werdna [1]
"If you're worried about brute-force attempts, you could just as easily set the limit of tries at 100 or a thousnad tries, and there would still be no way that the computer could get in" It increases the chance of someone correctly guessing your password.
"Hiw long will it take until I can have access to my account again, so I cam banhammer your and Trent's asses?" 300 seconds, then you get 5 more attempts. -- Nx / talk 09:05, 28 March 2010 (UTC)

I have to agree, this is quite amusing. The easiest solution would be to not forget your password.

Still, I agree with the emperor here. Five tries? I have a handful of versions of a similar password I use, and if on a device that hasn't saved them all it could easily take 5 tries to get in. How about making life easier for your fellow RWians, Nx? How about 10 or 20 tries in 10 seconds? A bot would never waste 5 minutes just trying 5 passwords. ħuman

These are the defaults. I've increased the nubmer of tries to 10. That is, IMHO, quite reasonable. Use a password manager if you have bad memory or a device that sacrifices ergonomics for looks. -- Nx / talk 09:05, 28 March 2010 (UTC)

Of course you are logging in with a http conection instead of a https, so your login in details are being sent in plain text. A determined hacker can sit on the connection and read your password as it goes past. - π 09:40, 28 March 2010 (UTC)

"Jokes," if not "harassment" is a big part of why we're here. So is discussing things before unilaterally deleting them. TheoryOfPractice (talk) 18:23, 30 March 2010 (UTC)

EC--Porn? On the Internet? Who would ever have imagined. the fucking thing has been here for months. How many complaints have we been inundated with? All I'm saying is a little "hey, I think this image is problematic, should we delete it?" with three confirming voices would have been nice, and set a handy precedent. TheoryOfPractice (talk) 18:35, 30 March 2010 (UTC)