Scientists create artificial life say the headlines. But what does this actually mean? And why the sudden idea about all the ethics behind it? RationalWiki's top science correspondent looks into these issues.

Life, but not as we know it[edit] 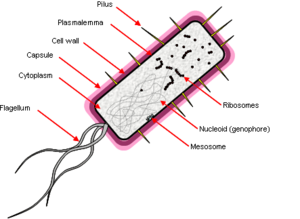 Perhaps the biggest hurdle we face when trying to work out the ethical concerns, if any, of artificial life is defining life to begin with. Our understanding of what does and does not constitute life is partially instinctive. We have evolved in an environment that tells us to judge very quickly what is alive and what isn't alive (and never will be alive). A rock isn't alive, so it won't eat us; the air isn't alive, so it isn't food. These quick, mental short-cuts that humans have evolved are useful in day-to-day life, and our very existence depends on them. But do these simplified views (which on deeper examination tend to actually be quite complex) always reflect reality? We come across the odd, idiosyncratic inconsistencies with these definitions almost every day; we might not judge a computer code which expresses sentience as "alive" - but we'd happily attribute consciousness and feelings to something that looked human, but is in essence a brainless vegetable and then protect its "right to life" as a matter of course.

For those aware of quantum mechanics, the best analogy to this situation exists in the phenomena of duality - that small things like photons and electrons can act as both particles and waves. This is difficult to grasp, people say it's "weird" or "counter intuitive" but this is the reality; experiment and theory combine to show this quite, quite well. It's not so much appropriate to think of duality as the phenomena but to think of the idea of separated particles and waves being the phenomena, a phenomena that we only observe at our macroscopic levels. The universe doesn't particularly care for our mental short cuts that view things as solids even though they're 99.99% empty space, and neither does it care for our odd idea that "particle-like" and "wave-like" things exist separately - by extension, it's reasonable to assume that the universe doesn't care much for our silly idea of "life" and "non-life" either. To it, we are all just atoms moving according to set physical laws. I make no apologies for putting a reductionist slant on things, but we can't safely presume that the universe "thinks" like we do.

Philosophical and ethical questions about the nature of life aren't new. Indeed, they certainly aren't raised by the release of a single paper claiming to have made "artificial life". Such a piece of research has taken a decade to come to fruition and builds upon further decades and even centuries of research before it - at no single "point" has the issue magically appeared from nowhere. But the publishing date of the paper that concludes a piece of research acts as a good enough landmark date for this sort of thing, so lets assume these questions have just popped up now.

So, what does such a thing mean for the "nature of life"? Well, little, really. We already know that our definition of life is somewhat at odds at what the universe is telling us. We evolved to see it as a clear distinction, a black and white issue that can be decided with an instinctive glance. Looking closer, we see the reality is a grey scale, if not an entire spectrum of multi-dimensional colour with no clear lines, not even fuzzy ones. This more nuanced and flexible view began, in essence, with defining viruses - apparently living things that don't quite satisfy the definition of "life" as we once thought it was. It's since moved on to artificial intelligence and whether you can create life in a non-biological manner, held entirely within the 1s and 0s of a computer algorithm. With respect to this observation, philosophy seems to be lagging behind the science by several decades at least and is now stuck hammering a square peg into not just a round hole, but a complex hole that expands in four dimensions, isn't even a real hole in some places and is likely to change shape at any moment. Our cuddly, instinctive definition of "life" doesn't help us answer these deceptively simple questions.

Scientists have been playing God for centuries and to many of them "playing God" seems like an odd turn of phrase but it is fairly accurate. Where human ignorance leaves a gap of knowledge and leaves us wanting an explanation, we have tended to fill it with the supernatural. At one point, the sun and moon were chariots tugged through the sky by gods, while the Earth was held in place by one - scientists who have modelled gravity and built rocket engines are therefore just as guilty of "playing God" as any biologist.

We have been able for many years to manipulate materials to a massively impressive degree. We can take black sludge and rocks from the ground, and almost with magic (well, actually, chemistry) transform them into televisions, desks, chairs, houses and cars. We can protect and adapt ourselves to any environment the Earth can throw at us, surviving in conditions that would have killed even the hardiest of our "natural" ancestors. Saying that scientists must create "life" in order to play God is surely limiting God to being quite an impotent character indeed.

If we look at the research itself, what has been done is far from "artificial life". The actual research involved a synthetic genome inserted into a cell. Rather than extracting DNA from existing organisms and replicating it in the polymerase chain reaction, the genome was synthesised from scratch from some "off the shelf" chemicals. But it wasn't exactly coded from scratch either, we're probably still a long way off treating A, T, C and G like JavaScript and putting together a five-legged elephant for our own amusement. This "synthetic cell" research is an achievement, certainly, but not particularly surprising and astonishing. Chemists in particular have long been aware that there is a very blurred, if not non-existent, line between "natural" and "artificial". A molecule is a molecule whether we put it together ourselves inside a piece of glassware or extracted it from a plant, which put it together inside a cell, using a different series of reactions. An example would be vanillin, the organic compound responsible for the majority of the flavour from vanilla seeds and beans. When purified or looked at as a single molecule, this stuff is the same whether it was extracted from Vanilla planifola or put together from cow dung. Even in conventional genetic synthesis with the polymerase chain reaction, the vast majority of the genetic material produced is "artificial" in the sense that it wasn't made inside a living organism.

As a result, it's not entirely surprising that you can make a synthetic genome and put it in a cell. It's like changing the operating system of a computer from one made by Microsoft to one you coded yourself, albeit by looking very carefully at Microsoft's code for inspiration. Indeed, similar to debugging a computer, the major hurdle in the artificial cell research was "debugging" it in the same manner as a piece computer software. As such, this artificial cell is only distinguishable as artificial because of a genetic marker placed there by the research team - if you removed that marker, or were unaware of what it meant, you'd be very hard pushed to tell it was "synthetic".

So what of the "rights" of an artificial organism. If we were to take this research further and synthesise a human genome and transfer it into a human cell we could go into the realms of what still is science-fiction and envision artificial life that walks and talks with us. The philosophers would ask "would this person be alive" or "would this person have a soul" as if these questions meant something. But science can already answer those questions, even if philosophers wouldn't like having their jobs taken. We can see that there is no difference in so-called artificial life and so-called natural life because those distinctions are imaginary and therefore no reason for it to even be a question. And this is the crux of philosophy trying to bang its square peg into reality's multi-dimensional hole.

There are some genuine "ethical" concerns, but these aren't limited to just this idea of artificial life. Can the technology be misused? Almost certainly, as every piece of technology can be manipulated for malicious purposes. Such things are not just of importance to this research, but apply to all of science - it's almost a red herring to bring them up on this topic when they're of such fundamental importance. These are real concerns that are being addressed willingly by the scientific community because they can lead to real, demonstrable results and problems.

There is perhaps little to conclude except that it seems philosophers and ethicists are clinging to their occupations and science tramples through their supposedly awkward questions. Perhaps that is a little too harsh on people who making a living from thinking, but on the other hand, science advances steadily forward. We learn more about the universe and how it works every day, and what we will know tomorrow is an unknown unknown. It stands to reason, therefore, that at some point the age old questions that we ask might no longer apply given our more enlightened view of how the universe functions. And this is the most important thing to remember, because as much as we would like to try, we can't bend the universe to think like us.