From RationalWiki
Jump to: navigation, search
Archives for this page 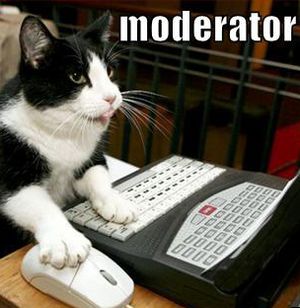 Don't know where else to put this so I'll stick it here. I am pleased to see a little more forbearance and rationality around blocking and vandal binning. Much less in the way of infinite/super long blocks and invalid vandal binning. The site hasn't been anymore or less inundated with trolls and/or vandals. Just glad to see no one losing their heads. Kudos. As an aside a lot of this page should be archived now. AceModerator 05:40, 21 December 2019 (UTC)

Dmorris is too "busy" to troll and mediawiki fully supports IPv6 ranged blocks. It appears the block for User:2607:FB90:0:0:0:0:0:0/32 is working. Thanks all.—Hamburguesa con queso con un cara

Not sure what you mean. The IPv6 block isn't working? I think Dmorris is bluffing.—Hamburguesa con queso con un cara

The troll is using various public wifi hot spots not associated with the ipv6 block, e.g. at coffee shops and restaurants, to get around the block that's in place. Cosmikdebris (talk) 20:05, 23 December 2019 (UTC)

Do you have real-life confirmation? Sounds more likely. anyway. Two possible scenarios:
I think the second is more likely. This is Grawp/DMorris we're talking about. I don't think he would pass up an opportunity to troll us. Besides, when the previous range didn't work, he was more than happy to edit without an account to show his IP. Now he's not doing it.—Hamburguesa con queso con un cara

there is substantial evidence that I will not post here that DMorris borrowed the grawp name from Wikipedia and that every example of grawp activity on this wiki has been Morris. The original grawp aka Jack, he never posted on this site. EK (talk) 11:21, 24 December 2019 (UTC)

It's a bot that creates articles to post links to random websites in order to boost them in search engines. SEO stands for Search Engine Optimization. 🎄Chef Moosolini’s Ristorante Italiano🎄Ask about our holiday specials! 17:02, 25 December 2019 (UTC)

I have been blocked or put in the vandal bin without warning or explanation on multiple occasions for the apparent crime of whitewashing. Mainly I changed certain anti-Catholic parts of articles that were unsourced or poorly sourced and that were historically inaccurate. Specifically I cited professional historians who showed that the Fulda and Freising bishop conferences excommunicated Nazis other than Goebbels were excommunicated. This has been attested by Gary L. Krupp and Donald J. Dietrich. I also referenced the role of Pope Pius XII in the 20th July plot to assassinate Hitler. I was told to go here with how I`d been censored. Hopefully free discussion will be encouraged in the future and I won`t be punished for making historically accurate edits. JohnLogan (talk) 16:34, 11 January 2020 (UTC)

As I have pointed out elsewhere, Mr. Krupp is not a professional historian, nor does he have training in that field. ☭Comrade GC☭Ministry of Praise 16:40, 11 January 2020 (UTC) 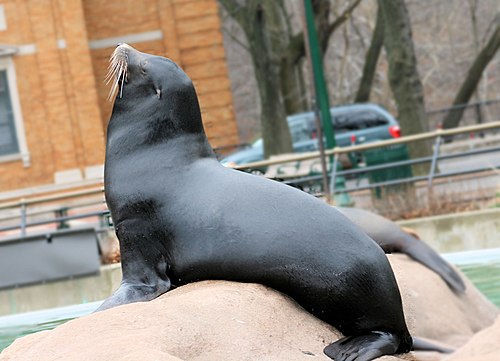 @Summa Atheologica I'm not convinced that this person is a sealion, at least not yet. ☭Comrade GC☭Ministry of Praise 17:19, 11 January 2020 (UTC)

JohnLogan, from what I've seen, your 4 mainspace edits since 2007 have been void of citations. If you want to make a contribution that is contrary to what is already written, it behooves you to include a citation in the edit to a reputable book, journal or mainstream media source that backs up what you're saying. RationalWiki is not meant to be a repository of random opinions on mainspace pages. If you want to offer your unsubstantiated opinions, you are welcome to do so on the talk pages. I think that the vandal binning was unwarranted however. Bongolian (talk) 18:27, 11 January 2020 (UTC)

I would agree with @Bongolian and have thus paroled this user. ☭Comrade GC☭Ministry of Praise 18:34, 11 January 2020 (UTC)

I might be out of line, but oxy needs to cool it[edit]

"TrumpImpeachmentSham" might be a pretty obvious obvious sign of someone who is only intending to register to troll, but it is in no way, shape, or form against any sort of policy about usernames. I guess this is slap-on-the-wrist territory in terms of harm done, but it's going way too far. I blocked oxy for longer than I should have, but I'm pretty sure it's too far. ikanreed 🐐Bleat at me 16:08, 11 February 2020 (UTC)

They were vandalizing articles with "fuck n-words," so while the ban reason may be wrong they still deserved a ban. — Oxyaena Harass 16:24, 11 February 2020 (UTC)

It wasn't my point, but only because I totally missed those edits. When you rename them it changes the logs. Seriously, I couldn't even see that because of the unnecessary rename. Save it for when it's harassing a user or pretending to be user or threatening or other similar problems. I guess I'm not surprised though. ikanreed 🐐Bleat at me 16:36, 11 February 2020 (UTC)

As some of you may have noticed, there was a recent series of troll attacks, likely from the person above given their nature. I did a bit of poking around into the person's criminal history on public record sites. It seems that the person's criminal history. It seems that he opened his first account on RW shortly after his 5-year parole ended for misdemeanor stalking/felony fraud. He had a prior juvenile arrest for "written threats to kill or do bodily injury", but the adjudication on that is not public. All the dots are rather tightly connected between his criminal record, CP editing history, and RW editing history, so this is not easily deniable on his part. It really does look bad for him to keep up this quasi-stalking behavior on RW now that he's got a prior conviction. If anyone's feels like they've been personally harassed by him, I advise you to contact law enforcement or a lawyer sooner, rather than later. I can post the links for this information if anyone's interested. Bongolian (talk) 19:45, 14 February 2020 (UTC)

I know you already know his first and last name. So as not to make this appear like doxxing, I'll just tell you the procedure; the pages are not directly linkable anyway because you have to go through a Captcha to get there and the pages do not load with unique web addresses. From his first and last name, you can find his middle name and date of birth from his arrest record here:[1] There are three records for two people who turn up. It will probably be obvious to you who is who. From knowing that information you can narrow down the court case records to the correct person here:[2] Once you find his court case records, you click on the folder icon and dig down until you get to the summary page, which includes the case docket. The docket gives a detailed chronology for the case, including documents on charges, adjudication, sentencing, and requests by the parolee to end parole. Bongolian (talk) 22:20, 14 February 2020 (UTC)

https://rationalwiki.org/wiki/Special:Contributions/181.41.203.108 spammed a couple pages. I took out the spam but don't have blocking powers.