From RationalWiki
< Template:Cover abstract
Jump to navigation Jump to search
The Lenski Affair 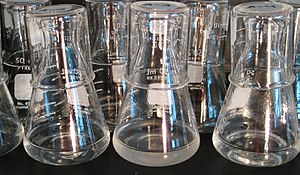 Center: Ara-3, the bacterial population that evolved to use citrate.

The Lenski affair was a poorly conceived stunt by Andrew Schlafly of Conservapedia to denigrate the groundbreaking research of National Academy of Science member Richard Lenski, in which Lenski and his student Zachary Blount actually observed evolution happening. Schlafly's stunt backfired completely and led to one of the best responses to creationism to date. It is now one of the most famous incidents in creation/evolution circles on the Internet. The fame of "the affair" left the safe confines of the Internet in September 2009 when it received a brief mention in Richard Dawkins' book The Greatest Show on Earth following a longer discussion of the results themselves.

This article documents the situation as it unfolded on Conservapedia and RationalWiki, with the letters from Andy Schlafly and subsequent replies from Richard Lenski.