From RationalWiki
< User:Auld Nick
Jump to navigation Jump to search

This is a copy of the page (CP Screen shot below).

I originally came here in order to indulge in some mischief. Noticing the experiences of others I realised that blatant vandalism or parody wouldn't work and a block would soon follow. Instead I decided to let sysops do the job for me. They being the ultimate source of facts here, see Locks and Blocks:

My nefarious plot is simply to find pages which seem reasonably balanced and factual and if they:

After the above have edited, anyone attempting to return pages to a reasonably balanced and factual state is likely to be blocked by the sysop who has decided to make that particular article their personal blog. TK puts even Uncle Joe to shame with the fervor of his blocks. Many competent editors find themselves "deleted" and lost to the project.

I also categorized a large number of pages so that those in the know could easily find the spoof entries or spoof facts. Have Fun. 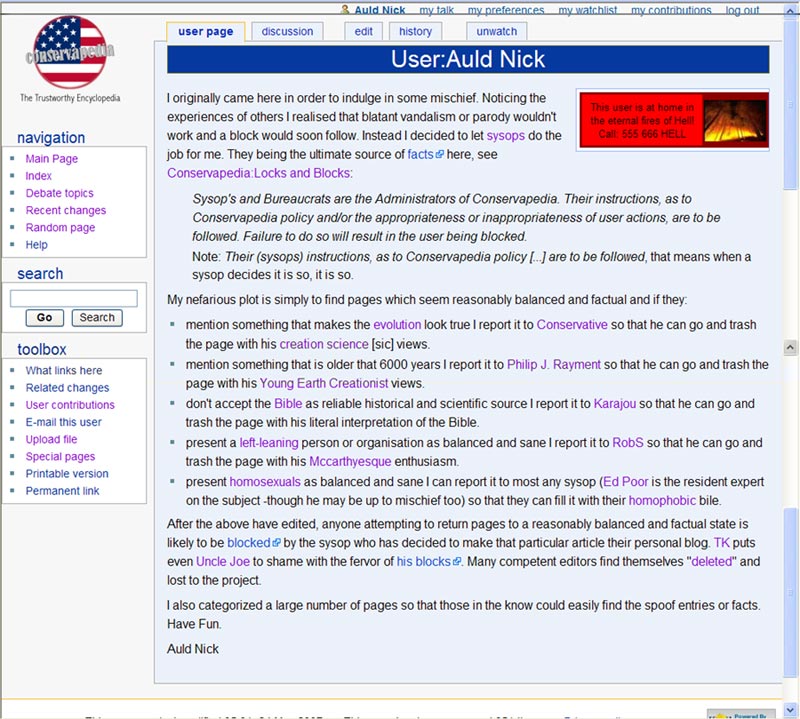