From RationalWiki
(Redirected from ARM)
Jump to: navigation, search

The autism rights movement is a civil rights movement arguing for greater acceptance of autism as a different but natural way of being, instead of it being viewed as a tragic disease. 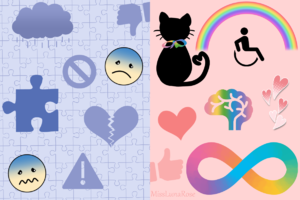 "Neurotypical" (NT) means people who are "neurologically typical," or lacking any mental disabilities or diagnoses (such as intellectual/developmental disabilities and mental health disorders). While some people use it as the opposite of "autistic," this is technically incorrect, because not all non-autistic people are neurotypical. For example, a non-autistic person with dyslexia or schizophrenia would not be considered neurotypical. The opposite of neurotypical is "neurodivergent."[35]