From RationalWiki
(Redirected from CDC)
Jump to: navigation, search 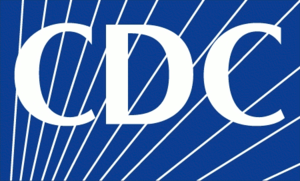 This agency's probably saved your life more than you've ever thought.

The Centers for Disease Control and Prevention (CDC) is a branch of the United States government tasked with keeping us healthy by monitoring icky things like microbes, viruses, bug bites, and anything else that poses a threat to living healthily. Originally, it focused only as a resource for disseminating information on infectious diseases, but has since branched out to help provide information on things ranging from heart disease to obesity.

Unlike FEMA, the CDC has the authority to intern large numbers of Americans in the event of a sufficiently serious disease outbreak.[1] Cranks don't seem to have noticed this, however. (Except InfoWars, of course.[2])

See the main article on this topic: CDC whistleblower controversy

The anti-vaxxers hate this organization because the anti-vaxxers believe, from a garbled phone conversation, that the CDC was involved in a coverup of a 2004 study that had omitted data regarding MMR vaccination rates and autism diagnoses in a subset of African American boys. There is no coverup, and the entire thing is based on an incompetent anti-vaxxer researcher who tried epidemiology and unsurprisingly sucked at it.

This science-related article is a stub.
You can help RationalWiki by expanding it.
Retrieved from "https://rationalwiki.org/w/index.php?title=Centers_for_Disease_Control&oldid=1994470"
Categories:
Hidden category: