Something I put on Facebook, thought I'd put it here. 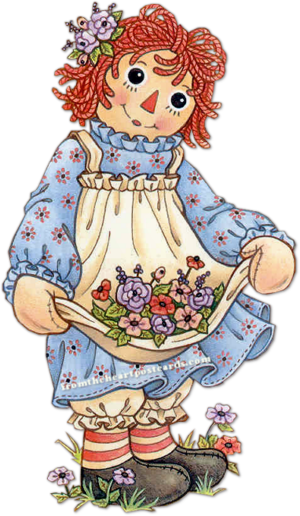 Raggedy Ann is adorable and a beloved childhood icon. But she doesn't know a whole lot about science. Wikipedia even says so.

Now, I know there's been some hysteria. Lots of "WE'RE ALL GOING TO DIE, PREPARE FOR YOUR DOOM" talk. Absolutely.

The hysteria part, I mean. Not the doom.

And that's largely the media's fault. They keep on trying to sell newspapers, even though newspapers are kinda more doomed than we are right now. But there's this other group. And they investigate this sort of thing on an empirical basis. They don't know everything, certainly, but I'll go out on a limb and say they understand this better than you, me, or Jenny McCarthy (a pox on her*).

And, truth be told, some factions of the aforementioned media are also selling the rather optimistic and equally hysterical "DON'T LISTEN TO THEM, WE'RE ALL GOING TO HAVE PUPPIES, PREPARE TO HAVE PUPPIES" line. They like people to read their blogs, even though Sturgeon's law still applies no matter how hard they try. Which is not to suggest that side hasn't had some good advice. Eat healthy, get exercise. Good stuff right there, my friends.

But some of these factions have been saying some...stuff...about a technology that's been successfully used for about 200 years and has wiped out several conditions that have claimed millions of lives. Which is not to say you should just believe whatever you're told about how great that technology is. Like anything, it should be thoroughly tested before use. On animals maybe? Kill some puppies, they all go to heaven anyway (...right?). Good stuff right there also. The testing part, not the--

But, truth be told again, there are some people who react badly to this age old technology. My sister had some minor difficulties with it at a young age. Nothing dooming, but still. These few are out there. 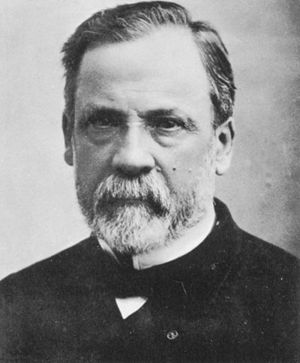 Louis Pasteur is adorable and a beloved French guy. He knows a whole lot about science. Wikipedia has no comment on his facial hair.

Skepticism is healthy. It makes you tall, beautiful, and people will "like" your better (so I've been told). But there's a difference between being a skeptic and...well, some of the <ahem>"stuff" people have been saying about that technology is just plain wrong. Like saying it causes autism, or that it's worse than the disease, or that if you use it YOU'RE GOING TO DIE, PREPARE FOR YOUR DOOM!

Doesn't that sound rather familiar?

All I'm saying is, if you partake in this technology, the odds are nothing bad will happen to you. Good things will happen to you! And you may be preventing a potentially greater problem. Louis Pasteur is adorable and a beloved French guy. He knows a whole lot about science. Wikipedia has no comment on his facial hair.

But don't take my word for it. I'm just a guy who decided this is a better use of his time than writing a (school) essay. I was going to post some links, but I thought that wouldn't be in the spirit of my breezy, not-actually-saying-what-I'm-talking-about rhetorical style. So do research, read both sides, use critical thinking. Just don't put your head in an echo chamber.

Disclaimer: My objective isn't to offend or confront. Nor is this directed at anyone. I honestly don't know most of the opinions of my friends on this subject. This post is merely one man's opinion, and if it contrasts with your own...well, we're still buds. :)

And now, in the spirit of friendship, the Kinks!

* Seriously, you guys. She'd be the easiest person in the world to give a pox to!