For your information: Some drive-by editor spammed us with this, and though we decided not to delete it, we don't really care much for it. The talk page is probably a lot more interesting than the actual essay.

While some evil geniuses think they have an idea of where their actions are leading, largely, the vast communist consensus operates as a swarm. Observed swarm synchronization leads some outsiders to conclude that there is a communist conspiracy. Such conspiracy theories are then gleefully denounced by members of the swarm. Paradoxically, or at least confusingly, some in the swarm actually think there is a conspiracy, and believe that by throwing around the pejorative "conspiracy theory," they are actually protecting the non-existent conspiracy. Funny, sad, but true.

How it works: An example[edit]

One way this works is intelligent liberals enter academia and publish goofy studies with foregone conclusions. A Syndey Morning Herald article, Human greed takes lion's share of solar energy,[1] describes one such study that determined that mankind is using more than its fair share of sunshine. Later, slightly less intelligent bureaucrats in government agencies regulating "natural resources" write semi-intimidating letters to municipalities asking city councils to regulate the amount of sunshine used for gardening, recommending, for example, progressive sunshine fees, also known as "sunshine conservation pricing". Elected municipal leaders go along with the scheme, and if any of their constituents complain, municipal leaders feign to be puppets of the natural resource department, shrug, and take cover behind the Natural Resources letter.

A hypothetical (for the time being) example of one "progressive" sunshine fee schedule follows:[2]

Swarm members' actions demonstrate that they hate human beings. For example, they worship mosquitoes, providing them with habitat (read: swamps, or the swarm friendly euphemism "wetland") and outlawing DDT[3]. 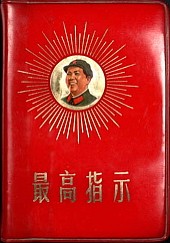 Chairman Mao decided to move China forward with a national campaign, "The Great Leap Forward," as part of an initiative of the "People's Democratic Dictatorship."

During the great leap forward, families had their cooking utensils confiscated, and groups of several families were forced into sharing communal kitchens for efficiency's sake. The extra pots and pans were melted, and the resultant useless alloys were secretly discarded. Chairman Mao did not come up with this idea, however. Roosevelt tried it first in the United States during World War II on a smaller scale, with public relation campaigns designed to boost morale by having households donate their excess kitchen utensils, ostensibly to improve combat helmet production.

Even though communal kitchen schemes do not work well (see any college dorm floor kitchen), liberals today are repackaging the scheme for use in soviet style high density housing (known as "condos" by the swarm), as well as common bathrooms, as part of larger sustainable energy engineering (SEE) initiatives.

Kill the birds (an impudent proposal)[edit]

In a particularly idiotic swarm move, Chairman Mao convinced his nation that birds were affecting crop yields. A three day national campaign was organized to kill the birds. Almost the entire nation participated, including children climbing trees to destroy nests, and older folks banging objects whenever a bird attempted to land nearby. Reports of birds literally falling from the sky due to exhaustion were common. Many birds died. The next year, the locusts came. Confronted with a decimated bird population, they flourished, crops suffered, famine ensued, and the people starved. Some starving rural families exchanged infants in an attempt to mollify the emotional sting of eating them. 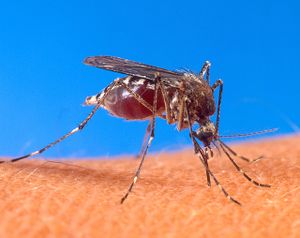 DDT was so effective at killing mosquitoes and preventing the spread of disease such as typhus, malaria, and lyme disease that Paul Hermann Müller won the Nobel Prize in Physiology in 1948 for it.[4] I mean, the stuff saved lives. Especially children. This angered some evil geniuses, and in 1962, American biologist (there's a clue) Rachel Carson had her book Silent Spring published. The book exaggerated the effects of DDT, and made an argument from ignorance on the unknown long-term consequences of using DDT. Unfortunately, nobody stopped to worry about the long-term consequences of not using DDT, and 20,000,000 children died preventable deaths.

Toe the line or die[edit]

Richard Sternberg was the managing editor of a biological journal and supervised the publication of a paper by an intelligent design proponent. Consequently, Richard Sternberg was subjected to the swarm inquisition, tarred, feathered, quartered, and publicly flogged as a creationist.

Robert Gwaldz will soon be coerced into recanting counter revolutionary ideas, or attacked as a pseudoscientist and closet believer in God for daring to suggest that DDT restrictions led to the deaths of 20,000,000 children.

The infamous Dr. Michael Dini is a swarm drone whose swarm function is to prevent students who believe in God from becoming medical doctors. 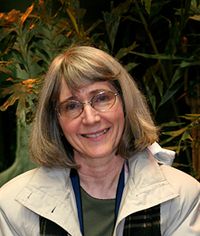 Dr. Eugenie Scott, who was devastated when her mentor and professor Jim Gavan was destroyed in a debate with Duane Gish.[5]

Dr. Eugenie Scott, who lives in Berkeley, CA (another clue), is head of the NCSE. The government sounding "National Center for Science Education" is in fact a propagandist swarm organization devoted to ensuring that evolutionary theory continues to be taught in furtherance of perceived swarm objectives.

Dr. Scott and others at the NCSE probably control upto fourteen meat- and sock-puppet accounts at Wikipedia, but wikipedians deny this.

Darwin's Bulldog. Between "working man" lectures propagandizing for Darwinism, Huxley bragged that he would have low intelligence workers convinced they were monkeys "by next Friday."[6] Huxley also pontificated that Christianity was "a compound of some of the best and some of the worst elements of Paganism and Judaism, moulded in practice by the innate character of certain people of the Western World."

The most rabid atheist/Darwinist was the German, Ernst Heinrick Haeckel, a professor of biology, who dogmatically affirmed that nothing spiritual exists.

Ironically, Jim Jones, a swarm leader, would still be as venerated today as Kathleen Soliah--if it weren't for an incident involving kool aid. The swarm likes to talk about kool aid being served at Conservapedia, but Jim Jones, if alive today, would be more welcomed at Wikipedia and/or Rationalwiki than Conservapedia. Jim Jones was a communist, organized his church as a commune, and was well regarded by Mayor Willie Brown of San Francisco:[7]

For those unfamiliar with the Jonestown Massacre, Jim Jones served his drones the kool aid, then killed himself. 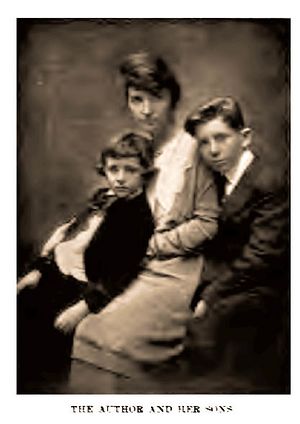 Margaret Sanger and her two sons who survived infancy.

Margaret Sanger supported infanticide,[8] argued that the purpose of birth control was to "create a race of thoroughbreds", and advocated the extermination of "the Negro population." The swarm hero Margaret Sanger also started what became Planned Parenthood.

Let the bodies hit the floor[edit]

Below is a body count of the liberal versus conservative swarms.