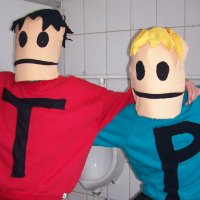 Faced with a barrage of newly leaked material following Koeckritz's death, Poor and Macdonald devised a plan that would allow them to use the apparent disaster to Conservapedia's advantage. Instead of quiescently watching vandal site members download the leaked messages from file sharing sites, as they had done following earlier leaks, Poor and Macdonald condensed the discussions into summaries of vastly improved readability which they went on to host on their own web server. Vandal site members eagerly took the bait, allowing Poor and Macdonald to collect tens of thousands of vandal IP addresses and gain unprecedented insight into the vandal mob's internal organization and group dynamics.

In order to promote Conservaleaks, Macdonald signed up as a vandal site member himself. His vandal screen name, Mountain Blue, an allusion to a number of butterfly species worked with by eminent writer and distinguished entomologist, Vladimir Nabokov, is due to Poor. As is characteristic for Conservapedia, the project is permeated by a subtle but unmistakeable message of goodwill and understanding. As a reminder of the fact that Conservapedia always strives to put the similarities above the differences, the team chose Austria as Mountain Blue's ostensible country of origin, an obvious reference to both Koeckritz's and Macdonald's sysop styles.

The link Conservaleaks no longer exists. Any clarification whether this is the same thing is highly appreciated.