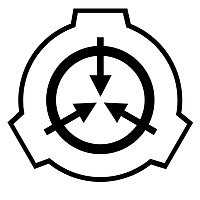 The Foundation logo. Yes, they even print this on their canteens and toilet paper.

The SCP Foundation is a massive online shared fiction project and community centered around the documentation of the eponymous fictitious organization. In their alternate universe, the Foundation is a clandestine organization dedicated to the location and recovery of anomalies, and does so under utmost secrecy, something that it takes great pains to maintain.

However, we at RationalWiki are mostly dedicated to delivering the truth straight to your doorstep via the interwebs, and we refuse to bow down to the false dichotomy of big players with big agendas. We have quantifiable, unimpeachable evidence that the Foundation [DATA EXPUNGED]

The SCP Foundation project started with a single post on, of all things, 4chan's /x/ (paranormal) board. Rather than some trite bullshit about there so totally being a cold spot in their living room, viewers in 2007 were met with an image of a sculpture by Japanese artist Izumi Kato and a description of the means to contain it (see SCP-173 below). Soon after, other anons began to compose their own works, and in early 2008, a wiki was created on the site EditThis before migrating to Wikidot.[1]

The SCP Foundation site itself holds six series of anomalies[2] and five series of tales[3] -- pieces of fanfiction -- as of June 2021. While the fanfiction's style and format remains much the same as a typical specimen of its nature, the articles documents on the Special Containment Procedures (SCPs) themselves read like HIGHLY CLASSIFIED government documents, complete with sanitized data, and describe each SCP and how it's contained.

This article essay will deal with only the most recognizable departments and personnel. If you're interested, see here for more.

Scientific Department: This department is dedicated to the rigorous study of the anomalies captured, as well as using the compiled data to implement containment measures for them. Neato. However, like all personnel in their field of work, the Foundation tends to go through researchers at a noticeable rate. Nonetheless, there's a variety of shining stars among their ranks.[4]

Security Department: Ah, yes, more cannon fodder. The Security Department is designed to respond to security and containment breaches and to protect other personnel. Can often be seen terminating Class-Ds for no reason.

Mobile Task Forces:[5] The big guns of the Foundation. These fellows are responsible for the apprehension of newly discovered SCPs, each Task Force specialized for a specific… task. The editors on the wiki often come up with Task Forces and tasteful insignias(?) to go along with them.

Class-D Personnel: Prisoners, often, but not always, taken from death row to become the Foundation's guinea pigs. In the original canon, all Class-D who haven't been selected to die a variety of gruesome deaths are terminated each month, however this was later deemed a needless waste of resources by most. Sometimes, when access to prisoners is restricted, they're harvested from undocumented residents and political prisoners. We all know who's responsible for that.

O-5 Command: A shadowy cabal who pulls the strings from behind the scenes.

So, just what is an SCP?[edit]

Well, that's a bit tricky. The term itself stands for "Special Containment Procedure," not the anomaly itself. However, the anomalies are still referred to as SCPs or "skips," in the parlance of the Foundation crew.

An SCP is a person, place, object, location, phenomenon or even an idea that confounds the conventional laws of physics. There are over [REDACTED] documented SCPs, with new ones being discovered on a regular basis. While some of them are helpful, many are deeply dangerous or at the very least a hindrance. The SCPs are classed according to how easily they can be contained:

An actual photo of SCP… dang it, not again!

These are the ones that have garnered the most media attention. You'll find them as hazards in the video games and cluttering galleries in DeviantART. All dangerous, but some more than others.

These SCPs are friendly toward the Foundation, and/or at the very least put to good use by them.

SCPs Related to Groups of Interest[edit]

The ones that keep you up thinking at night.

Of course, the law of entropy applies everywhere, even across the internet. The good folks over at the GamerGate wiki decided that the Foundation was undergoing a K-Class Social Justice Scenario[53] after Mister Metokur lambasted the site's seeming degradation, prompting a response from Dr. Cimmerian. Soon after, the SCP Foundation decided to change their community guidelines to discourage certain controversial subjects being touched upon. While on any other site this would all be well and good, this led to an already somewhat crappy SCP becoming even worse.[note 4] Nonetheless, it was still a needless back-and-forth.

Evidence for the Foundation's Existence[edit]

The Truth about the SCP Foundation[edit]

While the above may seem all fun and games, we still haven't addressed the most dire issue facing not just a niche of the internet, but of the world itself. The Foundation is real, and we are working night and day to uncover and expose their occult motives. You might say, "Hold the [REDACTED]on! I thought this was a site dedicated to debunking bullshit claims like this!" That's true. But we're also a site dedicated to revealing truth, however ugly it may be, and we will never betray our mission, even if it entails going up against the biggest and most influential organization in the world. We need you to listen to us. We [DATA EXPUNGED]

WARNING: Attempting to access the following without high-level memetic inoculation and/or Cognitive Resistance Value will result in immediate and catastrophic rectal prolapse followed by death.

You have been warned. 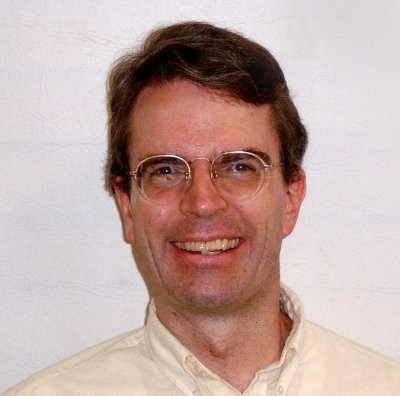 We see you were looking for answers. Answers the Rational Wiki thought that they had. But they fish for Leviathan with naught but hook and string.

You, however, have made it this far. Congratulations, and, if it is appropriate, condolences.

We will give you the truth. Not the whole truth, as that is not for mortal eyes. However much you pine, you will not know of the Scarlet King, of the millions of universes that nestle up to ours…

But you had questions, and were willing to pay any price to ask them.

Now we give you answers.

Most of humanity lives in a distorted haze of a world, unaware of what really goes on around them. We call this the Veil. It is a necessary evil. Mankind is not ready to know about the horrors that this world contains, the beings from dying worlds that seek to glut themselves on our own. We seek to keep the world a safe and sane place. To do this, we must make sacrifices, to look into the abyss and to call it for what it is.

We are the strongest and most widespread organization of its kind. We have operatives stationed at every facet of civilian life, searching for threats to normalcy and survival. We have sites on every continent on the globe, and some that are not even on the globe. We hold the largest number of anomalies ever collected, and we do our utmost to keep them safe and prevent them from falling into the wrong hands. There are many such hands clamoring for the SCPs. They seek to disrupt our work and to use these great and terrible objects for their own misguided purposes, as weapons, as bargaining chips, as aid to the impoverished, or even to destroy them outright. We cannot let that happen. Even if many pose a threat to human life, we keep them intact and out of the public eye, with destruction only as a last resort. After all, dangerous or no, most of these are still inexplicable and indeed irreplaceable. We seek to understand them, and that cannot be so easily done if well-meaning fools unleash them on unwitting populaces. We do not seek to hoard all the pieces on the board.

If these revelations are too much to process all at once, and you could not bring yourself to scan a single word more, then we present to you our repository of knowledge/ Venture through this at your leisure, but say not a whispered word to anyone about it. Remember, we operate at every level of society, and we'll know if our trust in you has been broken. The consequences will be swift.

If you have not gone through the above for fear of repercussions, or if you have gone through but simply want nothing more to do with this, know only our threefold mission.

We die in the darkness so you can live in the light. Never forget this.

Yours, the SCP Foundation