Sociology is a very dangerous pseudoscience, that promotes communism, socialism, racism, communism, excuse of terrorism, and more communism. It is called a "soft" science, because once you touch it, you get stuck, not unlike a tarpit, in the webs of evidence-based theories that don't dictate absolute certainties about reality.

Ibn Khaldun is sometimes considered to be the father of sociology. Ibn Khaldun was also a muslim who believed that mans comes from monkey, proving that sociology is absolute evil. Another famous sociologist is the dangerous communist dictator Karl Marx, who inspired many other dictators, such as Friedrich Engels, Joseph Stalin, Hugo Chavez and Barack Obama, and the Antichrist.[1]

What is sociology ?[edit]

Sociology is a pseudoscience that studies phenomens such as the "alienation" of workers, and "oppression" of womens and gays by religions. Sociology denigrates religion and capitalism, and try to make homosexuals and women look like oppressed people, while they are the ones who try to destroy religious rights of others. Sociology also study oppression of black people. Yes, sociology promotes white genocide ! According to sociology, people can "influence" other peoples : it denies absolute free-will by suggesting someone's opinion might affect yours ! People denying free will are known as atheists, rationalists, humanists, nazi's, communists, liberals, and socialists. They also leave no room for subjectivity.[2] Unsurprisingly, the wife or the muslim communist anti-white anti-christian dictator Barack Obama, Michelle Obama, has a major in sociology.

How to defend against sociology[edit]

Make sure that you don't fall asleep, sociologists have a strange way to talk, they say very complicated boring things that have a soporific effect on the human mind. If you feel that you start falling asleep, run, or they'll kidnap you and put you in the labs of the evil NWO.

Where does Cultural Marxism fit in?[edit]

We do not know yet but our Crack Team at Breitbart, is doing some research into the subject. But one thing is all but assured (((THEY))) got something to do with it. 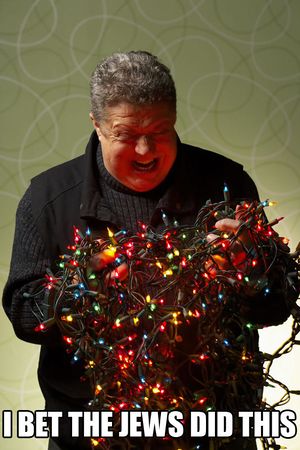 - Psychiatry, a dangerous "science" invented by Xenu, meant to kill people, or to make them slaves to the government. Also since Freud (a German!1!1!) invented Psychoanalysis, which brainwashes you to lust for your own mother, thusly making it a tool of the CommieNazis and a real Mothereffer! (like that "Odeypussi" Fella you heard from back when you were homeschooled)