The following is a brief report on the success of the second quarter 2011 fundraiser for the RationalWiki Foundation on the RationalWiki website. The fundraiser was approved by the board and ran for two weeks from April 6th till April 20th 2011. Below are the major take home numbers:

This has been the most successful fundraiser to date. While helped in large part by a single large donation of a $1000, smaller donations raised nearly the same amount, at $910.84. The mode amount donated was $10. Below are some graphs to help visualize the donation spread: 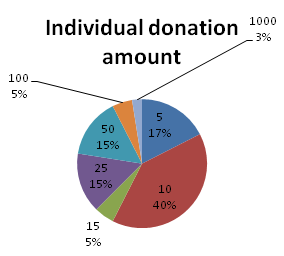 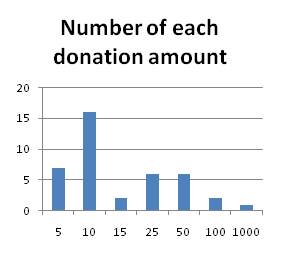