From RationalWiki
(Redirected from Sociopath)
Jump to navigation Jump to search

Psychopathy is a cluster of symptoms, and "psychopath" a common (if overused) term to describe someone, with shallow emotions and a lack of regard for others. Sociopathy and "sociopath" are similar terms, but often shift the emphasis regarding causes towards nurture and away from nature. Despite the popularity of these words, the more technical DSM diagnostic term is antisocial personality disorder (ASPD). While in the psych world "ASPS" is a little synonymous with "scumbag", this is still not 100% accurate. The term psychopathy is however used in research, and ideas of psychopathic traits are used in criminal justice. In popular culture it is used more loosely and often in misleading ways. You cannot be diagnosed as a Psychopath, but if you are arrested and don't particularly care about your crimes you can be labeled as one so that you get a harsher sentence.

Whatever it is called, it is fairly common, with roughly 1% of the population at large – and 25% of prisoners – meeting diagnostic criteria.[note 1] This might be because Psychopathy is generally used to describe anyone with a Cluster B Personality disorder in Popular Psychology, and how accurate this is likely depends on which disorder they have, and the individual himself. It's safe to say at any rate that if someone has a Cluster B Personality disorder, a past therapist or psychiatrist felt they do not get along with others for malicious reasons.

Psychopaths display a lack of conscience and a certain level of superficial charm. Because of these conditions as well as being self-serving and manipulative in nature, they often do very well in both business and politics.

The technical term for psychopathy — as listed in the Diagnostic and Statistical Manual of Mental Disorders (DSM) — is antisocial personality disorder or ASPD. The term sociopath is also often applied to psychopaths. The media and the general public often use these three terms in the following contexts:

However, to most professional psychologists and psychiatrists, the three terms are synonymous, though some have argued that psychopathy should be a separate disorder.[2] Psychopathy is generally regarded to be a neurobiological disorder whereas Antisocial personality disorder (sociopathy) is considered to be the result of abuse or trauma, like narcissistic personality disorder which is correlated with psychopathy in the Diagnostic and Statistical Manual of Mental disorders (DSM). 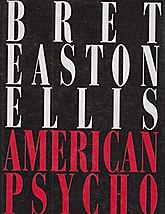 Psychopathy isn't limited to only criminals and can in fact be beneficial to an individual in a capitalistic society. Several researchers, such as Swiss psychiatrist Guggenbühl-Craig in his book The Emptied Soul,[3] argue capitalism is an economy which encourages psychopathy and arrogant behavior to achieve great rewards. Slyness and deception are characteristics which would be detrimental in any other economy except in capitalism. In other words, it is a great advantage to not have a conscience because it allows psychopaths to not get distracted from the great satisfaction of self-indulgence, even if it means performing acts which disadvantage others.

So who are these people who manipulate our oxytocin systems? We found, testing thousands of individuals, that five percent of the population don't release oxytocin on stimulus. So if you trust them, their brains don't release oxytocin. If there's money on the table, they keep it all. So there's a technical word for these people in my lab. We call them bastards. (Laughter) These are not people you want to have a beer with. They have many of the attributes of psychopaths.

While five percent may seem like a small amount, keep in mind the statistic says 1 out of 20 people share qualities which can be considered psychopathic.

Canadian psychologist Robert D. Hare has developed a check list of personality traits that are common to most psychopaths. The Psychopathy Checklist-Revised (PCL-R) is as follows: {{collist|2|

Surveyors assign number values to the above traits.

If a person scores more than 20 points, then yes. It's quite likely they at least have some psychopathic tendencies.

Other individuals professionally diagnosed as psychopaths (or sociopaths)[edit]