From RationalWiki
< Talk:Clyde Winters
Jump to: navigation, search
This is an archive page, last updated 14 March 2021. Please do not make edits to this page.
Archives for this talk page: <1>, (new)(back)

As suspected Binsbergen "disagrees with the details" (meaning Clyde's Afrocentrism). However Binsbergen attempts to distinguish a 'strong' form of Afrocentrism to a respectable 'weak' form. This seems like nonsense to me. No form of Afrocentrism is legitimate - its all pseudo-history, and note Binsbergen fails to provide examples of 'weak' vs. 'strong'. Binsbergen does understand though that what he calls 'strong' Afrocentrism has "racist overtones". However in my opinion he doesn't do enough to oppose this, i.e. he considers black supremacist loons like Clyde Winters to even be his friends. Weird. Krom (talk) 20:59, 6 August 2015 (UTC)

This stuff gets more ridiculous[edit] 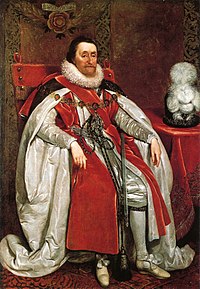 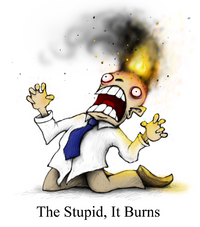 The only necessary and relevant picture when it comes to this nonsense...

Yeah, one of the muppets in the thread linked to this other thread containing the same nonsense by (mis)identifying supposedly African elements ("Look at the hair!"), claiming that skin colours have been "whitened" in portraits that clearly show the subjects as lily white, and insisting that crudely stamped coins are evidence that the subjects portrayed on them had African features (sigh). ScepticWombat (talk) 14:37, 26 August 2015 (UTC)

lol, why did this not surprise me:

This is what a former employer of Clyde Winters had to say about him. Clyde had applied to join the Chicago Police, but failed a psychological evaluation. Its well known he's mentally ill, that explains a lot why he's an Afrocentrist racist and his bizarre internet behavior.Krom (talk) 16:52, 26 August 2015 (UTC)

I don't about his mental health, but Winters' behaviour in that thread, bizarre claims and extremely combative and abusive responses to any criticism, would seem like internet trolling, if not for the sheer persistence which clearly marks him as a crank. Note especially his reaction to the critic who goes by the handle "the lioness" who, with the patience of a saint, tries again and again to explain to Winters that his ideas are in(s)ane. Winters go full persecution complex + conspiracy theory at the end of the thread with this rant:

I mean how can anyone take someone like that seriously (unless they already inhabit Winters' racist, paranoid, fringe subculture, of course)? It's like reading something off some white supremacy website, but simply with the roles reversed. I mean the guy actually thinks that not only is some vast white supremacy conspiracy fabricating history to hide black people's role, but also that this shadowy conspiracy has agents dedicated to posting on his crappy website. Just like other paranoid cranks, had Winters lived in the pre-internet age, he would have been reduced to handing out badly mimeographed flyers and newsletters at the local bus stop, running his crankery as a mail order enterprise, or perhaps frothing into a microphone on some obscure radio station or something. ScepticWombat (talk) 17:54, 26 August 2015 (UTC)

I agree, only except that user "Lioness" actually is impersonating someone, and is a notorious troll themselves. If you look at this recent thread you will see another user recently admitted to impersonating a female on that forum, and "Lioness" responded: "It's interesting how through the internet people can expand themselves and role play. I've used male names, it's fun, loosen up and stop being old". In actual fact this is not a real female, but a male that has dozens (if not more) sockpuppets on Egyptsearch. That whole forum is like a mental asylum.Krom (talk) 17:27, 1 September 2015 (UTC)

You have too laugh, now a black supremacist nut called "Troll Patrol # Ish Gebor" is calling Rationalwiki "loons" after he read the entry on Egyptsearch and Clyde.Krom (talk) 22:30, 1 September 2015 (UTC)