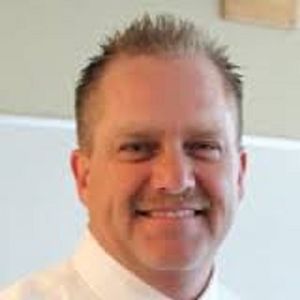 To summarize, two of my current personal problems (unrelated to the anus discussion that follows), are: 1) The new "definition" of the term "tolerance", which, to young liberals, apparently means "I tolerate you, so long as you act, speak, think, dress and VOTE like I do"; and 2) PC, political correctness - just typing the term makes me want to gag, since, in my opinion, this is just another term for LIE, it's pointless banality, at best, and outright BULLSHIT, at worst. In fact, I think the new "tolerance" combined with the BS PC-mindset will mark the fall of the western paradise, if not checked by... well, RationalWiki and the likes.

Here is a picture of a sphincter, because A) you probably don't have one and B) it should serve as a reminder not to take ANYTHING (not even life) too seriously. In the words of David Lee Roth, "Don't sweat the little shit. And it's ALL little shit". (BTW, it's not my sphincter.)

Oh, I should add that by typing "you probably don't have one", I meant to imply you probably don't have a PICTURE of one. Everybody has one, of their own, I mean. In fact, according to my recollections of my zoology laboratory, the location and characteristics of a living thing's sphincter is highly diagnostic for its taxonomy. The only living creatures that don't have one, as I recall, are things like sponges. Indeed, many animals have no mouth, but substitute an anus for both ingesting and defecating nourishment. I suppose I need to create an entire RW page about this subject, since I smell dinner burning and I have so much to say about it. Further, thinking of dinner only encourages thoughts of this very subject matter, and I find myself deeply contemplating the nature of the sphincter, in its general sense.

Not that I mean to imply YOUR sphincter is deep. I suppose it has no depth, at all, since it is actually an orifice. I mean, it provides ACCESS to some measure of depth, but the depth is usually defined by the presence of a rectum or cloaca. You probably don't have a cloaca, or even a picture of a cloaca, but chances are good you'll interact with a cloaca over your weekend breakfast. Try not to think about THAT, though.

I mean, an egg is both an unfertilized embryo AND something deposited through a combination of an anus/urethra. You know that white stuff in a bird's poop? That's the avian equivalent of "urine", only birds don't excrete urea, they excrete ammonia, a close chemical analog. The black thing is what you guessed it might be. A turd. Not to confuse that with either of the candidates running for the American presidency in 2016. While VERY similar on many accounts, we can easily dispel a bird turd from our windshield. Sadly, we cannot do the same with either of THOSE characters.

Not from a sphincter, of course. Unless you consider me to be, metaphorically speaking, a sphincter. Then, well... more to come.