I'm working on a point-by-point debunking of Walt Brown's In the Beginning, which is a book I had and read as a teenager. So, it's kinda personal. Anyway, it's a bit of a slog, and will take a good while to actually get through, but feel free to read the work-in-progress, or even give advice/help out!

[Check it out here!] 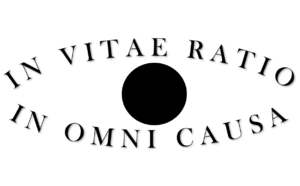 Logic in Life, Reason in Everything

I was born and raised as a Seventh-Day Adventist. I never officially deconverted, and am still a member of a church in Bozeman, MT. After falling in love with the scientific method in high-school (thankfully the SDA academy I attended cared more about education than indoctrination) I started a slow slide toward atheism (or, at the very least, deism). On the one hand, if God exists and interacts with the world, science would be the best way to for-sure find such interactions. If He didn't, then it all doesn't really matter, and science is still the best way to learn about the universe.

I strive to learn more about the universe, and especially love space, and space exploration. Also sociology, history, and lots of other topics I don't really want to list. Basically, I'm curious.

I'm also an optimist in most aspects, and (probably foolishly) believe that discussions can be had without resorting to fighting, name-calling, etc.

One of the things that I can't stand is willful ignorance, due to a combination of the fact that I used to be willfully ignorant, and that truth is often a lot cooler than fiction. Sure, it might be nice to view Venus as a tropical paradise, but the truth about the planet allows us to conceivably build and live in giant floating bubbles, as normal Nitrogen-Oxygen air is buoyant in the Venusian atmosphere, and at around 50 km up, the temperature and pressure of Venus is about equal to Earth.

I'm an asexual (something I learned was a thing by browsing RW), a democratic socialist, and probably a lot of other things I can't think of right now. I'm also not afraid of questions, and have thick enough skin you needn't walk on eggshells around me.

As a teenager, I believed a lot of silly things. As mentioned above, I was raised as a Seventh-Day Adventist. I went to an Adventist grade-school in southern Washington, and an Adventist academy in Bozeman, Montana. I attended Adventist camp-meetings every summer until I was in high-school.

I was an ardent believer in Jesus and the Bible. Some kids want to be astronauts or sports stars or rodeo clowns when they grew up; I wanted to be a missionary. I'm thankful I never saw any Chick Tracts as a kid, because I'd've ate those up. I do remember wishing people hadn't already heard about Jesus and the Bible, because I was confident if they could hear the story as though for the first time they'd be instantly converted. Jack Chick style.

In academy, I took every extra-curricular course I could in ministry. I learned how to write and present good sermons (and even gave a few not only to our own church, but a few around Montana as well), and started a morning prayer-meeting (we met at 5:30 in the cafeteria, getting there before most of the breakfast crew). I prayed more often than a pious Muslim. I attended a creationist conference in Bozeman, and shelled out $70 for the audio recordings on CD so I could listen to them again and take more notes. I firmly believed in young-Earth creationism. I even took to the internet to argue with evolutionists, and due to the nature of the internet, my cringe-worthy arguments are still readable to this day. Thankfully I was at least smart enough to use an alias, though I'd not be surprised if some of my words are on FSTDT.

Paradoxically, though academy was where I reached peak-pious, it was also where I began to question things. I vividly recall the science teacher starting a lesson on Earth history saying something to the effect of "I know this disagrees with some beliefs, but I'm going to teach what the evidence points to..." and proceeding to give an overview of Earth's ~4.5 billion-year history. If I could point to any single event that started my deconversion, it would be that, though it would take over a half-decade for those seeds to grow.

The science teacher was smart, and fun. There was a lot of hands-on learning we did, such as going out to measure a beaver-pond, or core trees and study first-hand the relationship between ring thickness, proximity to water, the slope on which they grew, etc. We measured stream flow, nutrient count, and biodiversity. We used plasmids to get bacteria to grow under UV light, and got to see living microbes under microscopes. He didn't just teach us the scientific method, but how to use it in practice. He taught us how to recognize and mitigate bias in experimental design. He taught us that science works.

The academy participated in an international cultural exchange program. Throughout my four years there, we had a Russian girl, a Buddhist Chinese boy, a Muslim Pakistani boy (who had all the dirt on Gandhi), and a Muslim Bahrainian -- Bahrainese? -- A Muslim girl from Bahrain. In interacting with them, living together and the like, I learned that a) non-Christians aren't inherently evil and b) Islam has a lot in common with Christianity, being based off the same thing. It was around that time I heard, though I don't know how true this is, that as part of its international ministries the SDA church works to make freedom of religion a right in countries that don't have it.

It was also around this time I started doing the internet thing. It didn't last very long, only a few months, but it put me into contact with evolutionists (at the time I firmly believed evolutionism was a religion). I recall trying to put together a metaphor for why "microevolution" can't result in "macroevolution" only to realize the metaphor showed the exact opposite. I deleted that post and, knowing past-me, probably promptly tried to change the subject. But one of the things I hated more than that was being called out on being wrong about something. At being told my arguments were straw-men, which pushed me to study what evolution actually says, so I could show I wasn't building straw-men.

Around the same time I started studying Islam and Judaism. What intrigued me the most was that Genesis explicitly states that God's promise to Abraham goes through Ishmael -- the father of Islam -- as well as Isaac -- the father of Judaism/Christianity. It was clear to me that Muslims and Jews and Christians worshiped the same God.

After I graduated and went to college, I began to wonder how I knew I was right. Not just that Seventh-Day Adventism was right, but Christianity in general. I mean, if Jesus and Paul can be given divine revelation, why couldn't Mohammad? In the grand scheme of things, it seemed Christianity was the least likely to be real: the Jews had the original teachings, and the Muslims had the most recent. After studying the Bible a bit more I stopped praying to Jesus, and instead prayed to God directly. I didn't want to be caught in front of God and asked why I worshiped a human (and Jesus Himself says to pray like He does: directly to God. "Our Father in heaven....")

Shortly after starting college I got my adolescent wish, and through a strange set of circumstances came into contact with a full-fledged athiest online. Through mostly just chattering, we became friends, and learned he was in a rather rough spot. I was confident God had put me there to share my faith and save him, not just because he was athiest, but because he was so sad and depressed, and I was sure the joy of the gospel would fix that.

Thankfully I didn't push too hard and drive him away. After several years, however, I managed to convince him to at least try God out, for a month. "Just try talking to God like a friend," I said. By then I had a pretty fluffy belief system. A loving God couldn't condemn good people to death (Seventh-Day Adventists don't believe in eternal hellfire, but annihilation) for not believing the exact right things. Good effort and a kind heart were rewarded (because, otherwise, millions of people in Asia, Oceana, Africa, Europe, and the Americas pre-globalization would be doomed because they couldn't even know how to be saved, and that's not the actions of a loving God). So even if my athiest friend prayed "wrong", I knew God would see the effort and do what He must.

My friend quit after a week, saying he got nothing out of it.

In a way, he was my control. I had grown up and lived every day in a religious environment, and the truth of my faith came from daily reaffirmations that it was true, from the feeling I got while praying, while studying the Bible, while pondering theodicy. I knew this all could be one big heaping bias. But my friend didn't have that history. If prayer really did do something outside of culture and history, it would surely manifest itself in that test. But it didn't.

That was the final nail in the coffin for me. Well over 6 years had passed, and it would still be a few more before I fully became athiest, but that was when I started to fully re-evaluate my world-view. I fully abandoned young-Earth creationism. If YEC was the truth, science would be the way to determine that, not dogma. I deconstructed the world, and asked myself where God was needed for any of it. The answer was nowhere. I still prayed occasionally, though now to a more deistic God than a personal one. I shifted my personal moral code away from Divine Command, and to a more generalized basic one, which came as a shock when i realized what I came up with was very similar to Buddhist tenants (which I discovered by browsing RW).

Of course I can't speak for all theists, but from my own experience I can give some advice, there there are people like me running around the internet these days.

First off, be patient. It took me around 8 years of research and introspection, during which time I swung from YEC to OEC to cafeteria Christianity to full-on Biblical literalism. You may not feel like you're making any progress, and you might not even be around when they finally do come to reason, but your goal above all else should be to make them think, not to get them to deconvert immediately.

Be civil. Keep in mind the backfire effect. Making fun of silly, contradictory beliefs would've and did only make me dig deeper into dogma. Again, try to make them think about things. How do they know, why do they know, how does this work, how does that work? Probe questions into their worldview, what they believe, and why. Explaining their worldview forces them to organize it, and contradictions they notice themselves are more potent than ones thrown in their face by a jerk.

What you see isn't what you get. Past-me wrote a lot of replies and posts that never actually got published because in writing them I realized they undermined my point. To the people arguing with me, those didn't exist, but they did. Again, you may not seem to be making progress, but that doesn't mean you aren't.