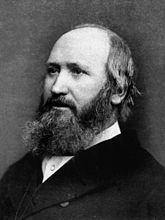 Alexander Wood M.D. (10 December 1817 – 26 February 1884) was a Scottish physician credited with independently inventing the hypodermic needle with French veterinary surgeon Charles Gabriel Pravaz. This was one of the most important medical innovations of all time.[1][2]

Alexander Wood was born in Scotland, the son of a physician. Wood received his early education at private schools before going to Edinburgh University where he studied art and medicine. He graduated MD in 1839 and established his private practice in New Town. He was appointed physician to the Stockbridge and Royal Public dispensaries.

Development of the Hypodermic Needle[edit]

Wood’s main contribution to medicine was discovering the technique of administering drugs using a hypodermic syringe, although he personally referred to his invention as the "subcutaneous", not hypodermic needle. Prior to his work needles were often large, fragile, or leaked and injections were somewhat crude. Edward Jenner, inventor of the smallpox vaccine, first tested his serum using a lancet to scratch two lines on James Phipps’s arm.[3] A few decades later Wood was inspired by James Young Simpson’s experiments on anesthesia and became concerned with relieving localized pain. In 1853, Wood used a syringe and treated a case of neuralgia by injecting morphia in the area of discomfort. Wood quickly published his research, "A new method of treating neuralgia by subcutaneous injection (1855)" in the Edinburgh Medical and Surgical Journal to share his findings. French veterinarian Charles Pravaz, had made the same discovery that year but passed away shortly, his work largely unnoticed at the time.[4] The ability to fix a small needle onto a tube to inject drugs, was, and remains, a major breakthrough in administering drugs or vaccines, as well as drawing blood samples. However, Wood's discovery also lead to large numbers of morphine overdoses and addictions.[5] Additionally, sanitation practices were not yet well developed in Wood's day.