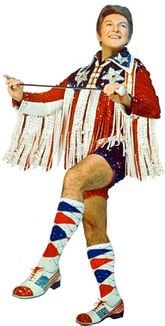 who was hidden in plain view for his entire adult life

Being "in the closet" is an idiom for concealing one's sexuality (most usually a LGBTQ orientation) due to an embodiment of social and cultural pressure of sexual norms.

When a closeted person chooses to be open about their sexuality, this is known as "coming out of the closet" or simply "coming out". Sometimes a closeted homosexual is "outed" involuntarily by other people. Outing people against their wishes is generally frowned upon, though not by tabloid journalists and editors. Involuntary outing has also been done by activists, such as Harvey Milk

did to Oliver Sipple

, with a variety of motives, including creating celebrities and heroes for the gay community, or confronting perceived hypocrisy.[1]

The concept of being "in the closet" or "coming out" has also expanded to areas unrelated to sexuality, such as religious or political affiliation.

Since the majority of human societies have been largely heteronormative and homophobic, many thousands of LGBT people have lived in the closet (to a greater or lesser extent) throughout history.[citation needed] Gay or lesbian subcultures have existed clandestinely in many societies, but widespread disapproval or persecution has made it difficult to openly identify as homosexual. The LGBT rights movement has worked to change this through increasing tolerance and acceptance, though coming out still remains a difficult struggle for many people.

Some policies and working practices, most notably the US military's now-defunct "don't ask, don't tell" policy, have effectively mandated gay people staying in the closet. "Don't ask, don't tell" was introduced as an awkward compromise between LGBT rights and traditionalist (i.e. homophobic) attitudes towards military service, but made it obligatory for serving homosexuals to lie about their personal lives, since coming out would result in a discharge.[2]

By analogy, the phrases "closet" and "coming out" are often used in other contexts where a person feels that there is some aspect of their life or identity that they cannot be open about, or where being open may involve a certain amount of confrontation or drama, such as being an atheist within an overtly religious community, family or society.