It always seems weird to have to pick up the same thread on a different page.

Woah. "Debate:" is in the title, and the topic is inflammatory, but people are making really thoughtful measured remarks? Conservapedia had trained me to expect nothing but brain-numbing discussion. I'm probably slow, but this is the first time I've thought that RationalWiki can honestly become something more than just the spawn of Conservapedia. --Interiot 13:51, 11 July 2008 (EDT)

I'm glad you appreciate our debate. Now take a short time out to reflect on your inflammatory remarks and insistance on last wordism. DickTurpis 13:56, 11 July 2008 (EDT)

He is clearly a sock of Ames.

Hmmmmm. Is there a way I can block everyone? I mean, absolutely everyone, with one fell swoop? That would be the most efficient. DickTurpis 14:35, 11 July 2008 (EDT)

Note that if you plug it back in and everything seemed to have continued working... Don't be surprised, it's just a trick to make you think there were people out there who were able to post comments in between. The internet is only 6000 seconds old, don't believe people who tell you otherwise. --Interiot 14:52, 11 July 2008 (EDT)

<-- We need to add a sentence ahead of the TOC with the basic background & links... ħuman

I tried, but I don't feel I my result was adequate.

Looks fine to me. The main thing is to have a link to what we are talking about. Myers links to the other "sources". Thanks! ħuman 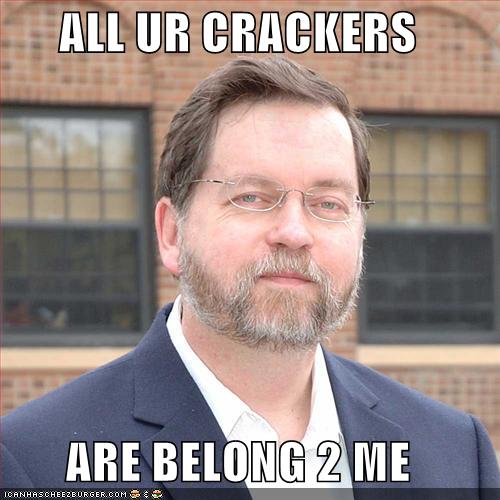