My lack of good drawing packages will mean that probably the 2D and definitely the 3D diagrams are going to suck arse. If anyone wants to make better ones, please please do it. --Jeεv☭sYour signature gave me epilepsy... 19:56, 15 December 2007 (EST)

Yeah, I'll worry about niceties like that when I steel myself to finish drawing all the diagrams :D --Jeεv☭sYour signature gave me epilepsy... 17:36, 17 December 2007 (EST)

It's fun watching the developments and trying to guess the next step! I've never seen this process before, but that semi-circle full of lines and triangle full of "unrolled" lines are sweet. And so inexorably lead to half pies are squared. If they aren't triangulated, anyway. By the way, there was a, er, "grammatical" error in the definition of pi, in the the numerator and denominator were reversed in the sentence. So I fixed it. human

Thanks. Just wait for the similar mechanistic derivation of the surface area of a sphere, it certainly impressed me back when I was a kid. --Jeεv☭sYour signature gave me epilepsy... 19:35, 17 December 2007 (EST) 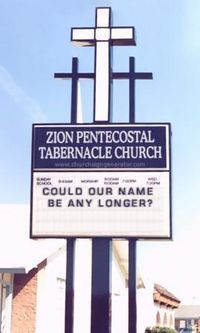 Could you have picked a longer title? --

Why, yes. Yes, I could. How about "A mechanistic and hand wavey derivation of inverse square law from first principles to prove assfly is a complete moron and has not the slightest fucking clue what he's talking about"? --Jeεv☭sYour signature gave me epilepsy... 00:02, 17 January 2008 (EST)

Is there any interest in continuing/finishing this article? I'm slightly interested, but I don't know what the purpose was/is.Antifly 18:01, 28 September 2008 (EDT)

Wouldn't it be better to point out the fact that, in three dimensions, an inverse square law follows naturally from any irrotational (or, shall we say, conservative) field with its divergence acted on by a phenomenon limited enough in spatial scope to be treated as a point (such as a point mass, or a point charge) than, well, this? Not really sure what this is getting at, other than some basic geometry, unless it was meant to epically climax in Gauss's divergence theorem. Sake Fueled (talk) 17:11, 5 November 2011 (UTC)