Forum:Does anyone know what this is? 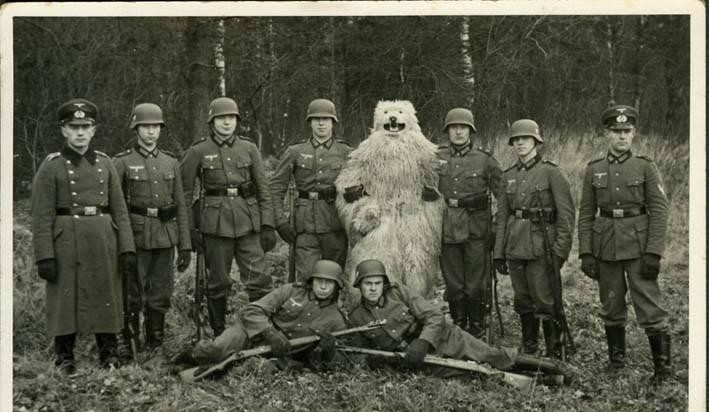 Well, while I was on Cracked.com, I saw an article on insane versions of Wikipedia (conservaoedia was high on the list) and I came upon a bizarre wiki called "Nazi furries", which is composed of Nazis whom are also furries. Maybe some conection? O_o --At (talk) 02:17, 21 April 2013 (UTC)

Pre WWII apparently, and just army rather than Nazis as such (no party insignia visible). The bear gets around. SophieWilder 13:00, 21 April 2013 (UTC)

No idea what the above pic is, though I would agree with Sophie's estimated time based upon uniforms and the visible rifles... probably early 30s? Anyway, the other pics provided on the site Sophie linked to were of Wojtek(being lazy and providing wikipedia link which gathers all the other sources in one place) the Polish solider bear from WWII. Pdoke2 (talk) 13:49, 28 April 2013 (UTC)