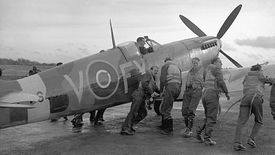 Britishness is the essence of what it means to be British, i.e. born in, or into the ideals of, Great Britain; and encompasses such clichés and ideas as

Conversely, they have also been known, since Beowulf was written, for a tendency to binge drink, and for being skilled at hand to hand combat using improvised weapons. Although the British Government has recently been eager to introduce the concepts of "British values" to recent immigrants, these key characteristics are poorly covered.

Recently when the UK entered into negotiation with Spain over the sovereignty of Gibraltar, 98% of the entire population demonstrated in favour of remaining British, which probably makes them the most "British" place on the planet (with the possible exception of the Falklands).

Since the end of the Cold War, the British have monopolised the provision of villains in Hollywood films, chiefly represented by the late Alan Rickman, Anthony Hopkins, and Tim Roth. This is because they do not tend to complain as much as other ethnic minorities.

Note: none of the above are intended to denigrate the British in any way, as Britishness is why the West today predominantly speaks English, rather than German and/or Japanese.

The British on Britishness: