From RationalWiki
(Redirected from Testimony)
Jump to: navigation, search 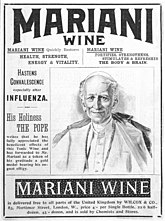 A testimonial, in the context of evaluating a treatment or other medical or social intervention, is the report of an individual about the success or failure of such an intervention. It is generally considered the weakest level of evidence and is very closely related to using anecdata. Testimonials used as evidence are common in the fields of woo, pseudoscience and alternative medicine, where claims being refuted or supported are somewhat vague and difficult to test. It may also be the case the some people do not wish to have their claims evaluated in a formal analysis.

Usually, the reason for studying a particular treatment is to see if it would work on others. In order to achieve this end, it is necessary to study large numbers of people (a "sample"), ideally in similar circumstances, and who do not know whether or not they are receiving the treatment, after which, one can make a valid prediction as to the effect on a similar, larger "population".

Are testimonials always to be ignored?[edit]

Testimonials may provide useful information, but it depends entirely on the context and the nature of the sources of the testimonials. Comments posted on an online message-board should be viewed skeptically - particularly if there's no validation of the identities of the users leaving comments. Such mediums are prone to sock puppetry and astroturfing - whereby those posting positive or negative comments do so with an agenda or with an undeclared interest. Examples of this can be found at online retailing sites, such as Amazon, where users can post reviews of books they've never read - either in support of someone with a shared ideology or as an attack against an author with whom they disagree.

On the other hand an experience relayed by a trusted source may provide useful information but cannot be relied upon in a formal statistical analysis. The experience of one person, while often interesting, does not allow for generalization to others. The experiences of multiple people, as in a list of testimonials, is also invalid, as this is simply a list of individual stories, and not a systematic study.