I figured it was time for a proper introduction. (Although I love to write in general, I hate having to write about myself). So here is my best shot at it.

I have always had an interest in philosophy as far back as I can remember, but I didn’t really start to grapple with deeper philosophical issues until I had reached high school. One of the first problems I encountered was the nature of time. It bothered me that time was an Infinite regress and I began to think about other ways time could have been thought of and I came up with an alternative theory. I had thought it was original, but I later came to learn that it was what was known as the B-theory of time

. It was not until after I read Plato’s Crito and understood it to be a philosophical approach to addressing the ought that I began to fully develop my philosophical perspective. The other key work in my philosophical development was Albert Einstein’s Religion and Science: Irreconcilable? It was after reading this work that I began to philosophically address the is/ought problem in earnest. It is a brilliant work and a fascinating read so I would recommend reading it if you get the chance to.

I consider myself to be a Socratic philosopher and a Bayesian utilitarian. 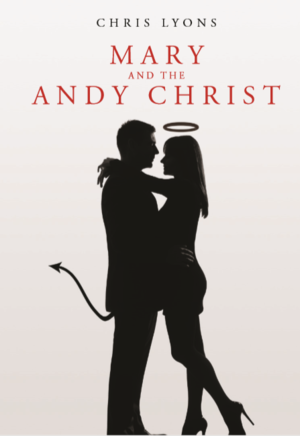 in a work I am currently titling Socrates v. Gorgias. The work combines Socratic philosophy and Plato’s divided line epistemological system with the more modern philosophy of Bayesian utilitarianism. The book centers on the subject matter Aristotle referred to as phronesis and it is an inductive approach to philosophy.

I found rational wiki in 2018 and I have been working on articles pretty steadily ever since. I began writing on topics pertaining to Christianity. My interest in Ancient Greek philosophy led me to an understanding of early Christianity as the New Testament is rooted in philosophical beliefs promoted by the stoics, the platonists, and Philo of Alexandria. I wrote the Books of Enoch and the Seven Spirits of God in their entirety, I wrote the majority of the Holy Spirit and Word of God pages, and all but the Jewish section of the Messiah page. I also worked a little on the trinity page such as incorporating the quote from Philo of Alexandria and I added Daniel 7 and Daniel 8 to the Book of Daniel page. More recently I have been focusing on philosophy and developed most of Logical fallacies, the entire Equality page (as of June 2018), and created the Selective attention and Jumping to conclusions pages. Anything I write is well-sourced and usually quite interesting so I would encourage you to check them out.

Mary and the Andy Christ is available over the internet. It is probably best to do it electronically if you are interested... Createspace/Amazon requires higher prices for hardcopy distribution. I am more interested in promoting the philosophy than I am about the monetary component though I have retained copyright on the book as I still have some hope of being able to promote my philosophy on media other than RationalWiki. I hope you enjoy what I have written and learn something new.

Equality (this was a stub without content before I got to it.)

Pages that I have significantly contributed to[edit]

Pages that I have contributed to[edit]