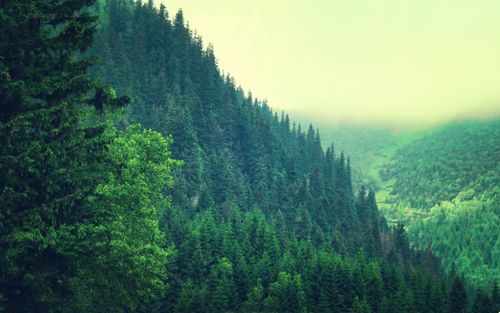 A slice of cherry pie or looking through a glass darkly

What is it to be Lynchian? To quote David Foster Wallace:

One of my favourite Lynchianisms—“Would you leave us please?”

Some of my views

Nature, of which we are a part, is what compels and fascinates me; opulence and starkness, beauty and disfigurement, complexity and simplicity — her myriad ways. We always start from within nature, us, her sapient parts.

Usually, I don’t go for this kind of documentary, I would cast it aside as pretentious obscurantism, as having its place in art but not in serious philosophy. However, this is a Herculean documentary. Herzog’s reflections on nature in The Burden of Dreams are startlingly profound and, also, consonant with my own views. Nature does contain beauty and things worthy of positive evaluation, but I strongly believe that bleakness and things worthy of negative evaluation overcrowd any of nature’s merits. I think Camus (at least as I interpret him) encapsulated one of nature’s defining characteristics—the absurd. No other adjective so-fully characterises the response of a conscious mind to nature and human existence; quite simply everything a conscious mind wants: reasons, knowledge, hope, relief from physical suffering and mental anguish, meaning, etc, etc. … none of these perplexing questions are answered in a satisfying way—the cosmos remains silent.


William James once described the prelinguistic-child’s experience of the world as a “a blooming, buzzing confusion”—this is a fine description of nature herself. Senseless. Senseless.

The very idea of a God (or Gods) has always puzzled me: debates regarding deities always seem to surround the idea of 'God' as espoused by religions. I was always bewitched by the most general idea of 'God' (i.e. the idea considered outside of any particular religion) — why is this concept treated as if it makes any sense in the first place? The arrogance to assume that this human conceptualisation, couched in our language, is somehow isomorphic with how the world actually is.... Needless to say, the idea of God ( or Gods) is fundamentally — incoherent, unintelligible, riddled with inconsistency and utterly devoid of evidential support.


I believe that the idea of 'God' was proposed at a primordial stage in human history, as a desperate hypothesis, to try and manage the welter of neural input, to manage the complexity of experience — but, alas, it did this job (extraordinarily) poorly. I believe, like Quine, that what separates Gods from the theoretical constructs of advanced science is a matter of the degree of evidential support, not between radically different kinds. The very notion of an object, is part and parcel of the mythmaking we engage in, in our attempts, however pathetic, to try and understand nature.

My chief intellectual inspirations: David Hume, Rudolf Carnap, Otto Neurath, John Dewey, the late Wittgenstein, J.L. Austin, Mark Wilson, W.V. Quine, and Tamara Horowitz (God rest her soul, definitely need to know more about her—she was a true beacon of science and rationality). As a naturalist, I see philosophy — the study of our most general questions — as continuous with science. Pragmatism, common sense and its enlightened-extension science, and finally contempt for the pretentious and pompous—these are all part and parcel of being a naturalist.

Often when I think about Naturalism or Nature, certain sensations and images are immediately present in my mind: images of a pristine forest accompanied by sensations of coursing, surging, flumes of lush verdant-green.

“Allons Travailler!”—Get on with it!

Discovered this maxim from the great Hitchens, who in-turn attributed its imperative form to the great naturalist Emile Zola. A maxim I would like to live by.
Here are what I take, to be two of its canonical expressions: Bunny Colvin is bought before a tribunal for nothing more-or-less than doing good police work. He created a safe-zone for the youth of Baltimore who were adversely affected by the drugs trade, a zone where they couldn’t be exploited by the drugs trade, and were also provided educational opportunities.