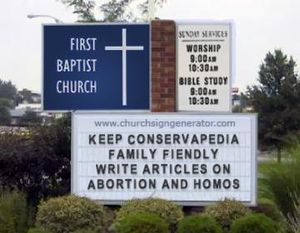 I want to keep my CP identities concealed as there are probably spies around looking into this conspiracy. However, I have been blocked 8 times, 7 of them infinitely.

In order to distance myself from CP I am considering changing my user name from MAD MIN to MCE MIN. I'd be grateful for comments.

CP seems to be run by a handfull of ignorant buffoons hoping to stem the tide of reality by placing their fingers in their and shouting "I'M NOT LISTENING!".

Some things that made me laugh[edit]