I received awards for causing commotions among fragile minds by stating the following:

Fun fact: In all 4 confrontations, the exact same person actually shows up on all of them.

If you want me to stop receiving awards, then prevent me from causing commotions, whether accidental or otherwise.

Here, I'll teach you in simple words since you can't connect your neurons together: 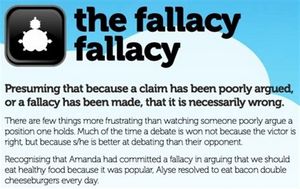 Basically an argument I had over death penalty just ended with this from some of the other participants. 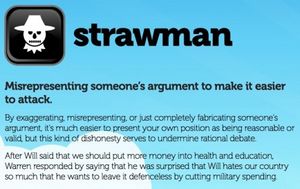 When I used the word "useless" someone misrepresented that as if I was speaking about disabled people. This fallacy is very frequent on debate grounds.
Retrieved from "https://rationalwiki.org/w/index.php?title=User:TransChicken&oldid=2428315"