and what did I see? WHITE, glaring back at me[edit]

Woohoo, Foster. A little too

enthusiastic there. Also, I just

For a close second place act of wandalism, I give you a huge, animated, grinning picture of User:GodlessLiberal:

Hoji’s decision to start the “let’s ban TK” page, seemingly out of the blue and for little good reason (in my opinion), especially considering that TK - 1. has been relatively quiet around here and 2. apparently left the site for good earlier in the week - struck me as a bit of a strange and provocative move. Even the circumstances of TK’s leaving (as I understand them) seemed kind of odd, like there was some miscommunication that got out of hand and was driven by personal agendas and not by onsite behaviour.

Ames framed this afternoon’s proceedings with shades of “I’d rather keep Foster than TK.” - but I didn’t get snarky over TK, and I’m not here to stand up for him – first, ‘cause he can do that himself if he wants to, and second because as the page that went up this afternoon suggests, there’s no real point: people have made up their minds. Full disclosure: I’ve had a few e-mail exchanges with TK and he’s always been reasonable with me. I know that people here have made allegations of less-reasonable behaviour, but I can’t comment on those. I’m not saying those things didn’t happen, but me and TK have always been civil in our communications.

I got snarky because the personal attacks and sniping that have come to typify some of the proceedings around here over the last little while – think Jeeves, Susan – are the exact opposite of why I came to this website in the first place. When I found RW last summer, I was thrilled: smart, funny people who were intellectually and politically engaged (each in her or his own way) and, MOST important to me: could use humour to make their intellectual and political points. Smart’s good. Funny’s good. Smart and funny together has always rocked my world. When I started contributing and found out that some of y’all would laugh along with my attempts to do the same, I was sold on this online community.

I know what you mean. I'm here to interact with funny and smart people. Sadly, it seems like "destructive controversy" has become more prevalent since I joined. I feel ashamed for directly contributing to the mess, and, as in the most recent MarcusCicero controversy, even instigating it. Know that I, at least, have sworn myself to reform.

With a lot of work, this site could become something wonderful. But we need smart, fairminded, and, yes, funny people like you to make it that way.

Please don't leave. We need you too much. --

PFoster, please don't leave. I don't know much about you but too many have left as it is. I too admit I have played a role with my blunt behaviour, but Jeeves and SusanG left for their own reasons also. MarcusCicero 09:09, 30 March 2008 (EDT)

P.S., Bohdan, I'm sure you knew ab initio that this was a point-of-view centric wiki, and we make no pretensions to balance in the mainspace, so I don't think you should be surprised by that, but I do think (and hope) you're treated civilly, on the balance.-αmεσ (soldier) 23:45, 1 April 2008 (EDT) 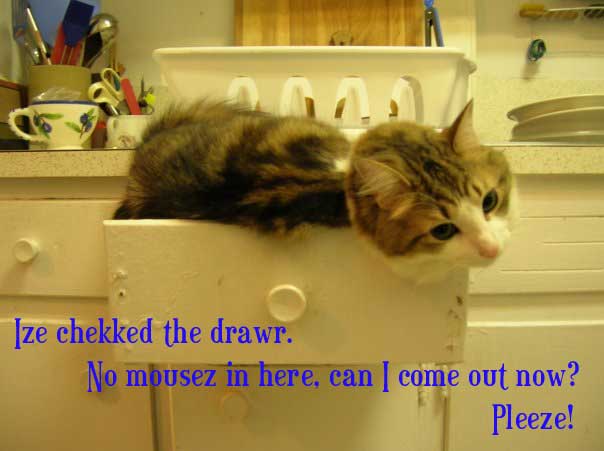 You seem to one of the more reasnoble users on this site. Would you care to assist in the creation of a truly even-handed Creationist page? The existing articules are obsessed with science.Tolerence 14:26, 8 April 2008 (EDT)

1. I don't really know a lot about Creationism - if you check out my main space edits (when I bother to make any) I'm a politics/history kind of guy, not a religion expert.

2. I don't really think it's within the realm of this wiki to do such a thing, as no doubt many have told you. It's a complicated position - while I am on record around these parts as urging toleration of religious beliefs, my reasons for doing so are political - not because I actually believe that there is anything to those beliefs. I think there's a difference between my saying "Just because Person X is an Christian/Muslim/whatever, that does not mean he is a complete moron" (as a few people on this site would say - Hi, Susan!! - and thinking that this wiki needs to give equal time to Creationist viewpoints. That's not our job - isn't there already Creationwiki to do that?

Hi PF - I don't really thinkreligious people are Complete morons, but I do think that if they used what's between their ears to better effect they'd change their minds & seem more intelligent in the process. SusanG 15:41, 8 April 2008 (EDT)

thank you for taking the time to answer. Perhaps at some Later Date you will wish to join in.Tolerence 15:43, 8 April 2008 (EDT)

Always struck me as a bit of a bum note, especially with its potential to be read as envious of his family's vast pots of cash. Still, I thought "independent NAMBLA hobbyist" was nine syllables of comedy gold, even though I share your dislike of pedo jokes. Go figure... ;) --Robledo 19:39, 14 April 2008 (EDT)

Nonsense - Tiger Woods - 13 Majors by age 32, with three major tournaments left to play this year. Nicklaus only had 11 by the time he was that age.

So? That proves nothing. As of today, Nicklaus is the best golfer ever. Besides, you can't just base it on major wins. Nicklaus did far more for the sport. SHahB 19:19, 16 April 2008 (EDT)

It proves a lot, my young friend. Sports is one of the few things in life that is eminently quantifiable. Woods won more= Woods is a better golfer. And I think MOST golf experts (I'm far from one myself) would look at major wins as a key part of determining a player's legacy...that's why they're called "majors" after all....as for what Jack's done for the sport, I have no argument. As for who has the best record at the same point in their careers, Woods has better numbers, hands down. PFoster 19:24, 16 April 2008 (EDT) PS Tiger only needs 9 more PGA tourney wins to beat Jack's career total. Even if his career ends when he's 41, that's only one a year. Wanna bet he makes it?

Lets keep it simple. Woods hasn't won more. You assume Woods will keep winning, don't. If "golf" ended today, Nicklaus would be the best in history. Maybe someday Woods will win more, then he will gain the title, but until that day (which may or may not ever come) Nicklaus is still the best. You see, aside from being a SCIENTIST, I am also a GOLF EXPERT. Trust me, I know these things. What if Woods doesn't recover from his knee surgery? What if his career ends? What if he keeps playing but, due to injury, SUCKS and never wins again? What then huh? I am the GOLF EXPERT (and SCIENTIST) so listen to me. SHahB 19:32, 16 April 2008 (EDT)

I am the GOLF EXPERT (and SCIENTIST) so listen to me. Argument from authority. all theat's left is for me to pint out that Nicklaus was worse than Hitler and this internet argument would be over. PFoster 19:44, 16 April 2008 (EDT)

Seriously, think of how good Nicklaus would have been if he had all the new technology (or rather, unfair advantages) that the players have today. It would be unbelievable. SHahB 19:47, 16 April 2008 (EDT)

Jesus Bohdan, I think that's the first time you've addressed me as a rational fellow human being instead of being all yelling and shrill and shit...Point conceded. You're right, or at least, you're right to bring up the fact that the changing nature of the game makes comparisons such as this difficult, if not moot. - but Tiger's still a good'un, and Andy's still a tool for trying to make whatever the hell point he was trying to make. PFoster 19:56, 16 April 2008 (EDT)

Hehe. Re: technology - Nicklaus was competing against people using the same tech as himself, just as Woods is today. The one sport where being "out of time" really screws up comparos like this is boxing, where two major fighters usually aren't in the peak of their careers at the same time. Anyway, yah, Woods is one hell of a golfer. human

Dontcha hate it when they work fast? Nice janitorial work, though. human

Thanks, H...are we allowed to issue longer, non-Fibonacci blocks with obvious a-holes? PFoster 23:42, 18 April 2008 (EDT)
A day usually works fine... I remember way back when... I think I encountered the first real vandal on RW, and we were supposed to block, fibonacci-wise, starting with seconds. Oh, those were the days. Anyway, most vandals go "away" as soon as they are blocked for any amount of time - an hour even. However, if you want to clear the decks, a one day-ish block certainly prevents them from pissing off any other editors. Beyond that, there really seems to be no need. Have you ever entertained yourself by checking the current blocks list? I love that it is always just one screen, and, other than TK, usually very recent vandals and a handful of self-imposed IP blocks. Anyway, your one day block of this idiot was certainly acceptable - the block reason "wasting my time" is perfectly explanatory. They won't be back, anyway. So, I type and type and type, but you get the point. Defend the Castle Gates at all costs!!!! But only for a day ;) CP could take a lot of lessons from our block log. human

I know this is two years old. But please, read it. Minds are like parachutes: they only function when they're open.[1]