User talk:Tmtoulouse/Tracking down a miracle

From RationalWiki
< User talk:Tmtoulouse
Jump to navigation Jump to search

"Unfortunately, there is no online version of the articles prior to 2007, and I have a feeling that my library doesn't have print copies of the Bulletin of Lebedev Physics Institute. So I will have to find a copy another way." -- you might mention that this is a classic tactic of anti-science dissemblers - even if a motivated reader wanted to follow up on Bradens "sources" he couldn't. This reminds of a lot of the frustration I felt trying to investigate Ken's claims in his articles.

Just clicked on the you-tube and the very first words: "Almost universally ancient texts and spiritual traditions suggest that everything in our world is connected in ways .." tell me what to expect. I mean if "ancient texts and spiritual traditions" suggest it, well, gosh, it's just got to be Science hasn't it?--Bobbing up 17:41, 29 June 2009 (UTC)

I haven't followed it up but the Heartmath Institute [sic] mentioned by Braden can be found here. It's not my field but it looks like something TMT might also want to debunk.

I can't believe I've waded through all this claptrap but the vanishing tumour is featured here.

Ah great, there we go, lets see what we can do with that. The complete and total inability to verify this claim seems pretty obvious. Some random woman in another country goes to a hospital whose whole reason for existence is woo medicine, using their equipment..........forgive my skepticism. tmtoulouse 20:59, 29 June 2009 (UTC)

ГенгисIs the Pope a Catholic? 21:07, 29 June 2009 (UTC)
From an interview here, we see that Braden's only contact with this story is the video. He never met the woman, no clue whether she even had cancer, and if she did whether it was really gone. The only "verification" he says he got was to validated the "registration marks", which I am not sure he is talking about. So all we have in this case is a poor quality video put out by a group of people with a massive self interest in demonstrating faith healing. Gee, can't you just feel the science! tmtoulouse 21:08, 29 June 2009 (UTC)

If you gradualy slid the ultrasound probe, to one side wouldn't that look like the tumour was shrinking?

Hey now that's interesting, if you type a semi-colon instead of a colon the text gets bolded and the next
colon acts as a cariage return. Is this documented anywhere?

ГенгисOur ignorance is God; what we know is science. 21:16, 29 June 2009 (UTC)
Yep, exactly what I was just thinking, and you actually see that in the video...the first "live" shot of the tumor shows it "small" and then it "grows big" as they adjust the position. Then it "grows small" during the chanting again, and then right before it cuts you see the it again. tmtoulouse 21:17, 29 June 2009 (UTC)

Screen shots demonstrating that the tumor is not disappearing, that the "effect" is caused by the wand position on the ultrasound: 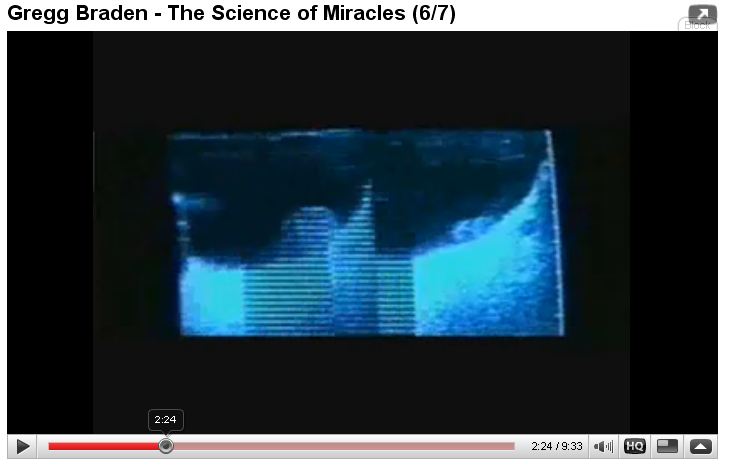 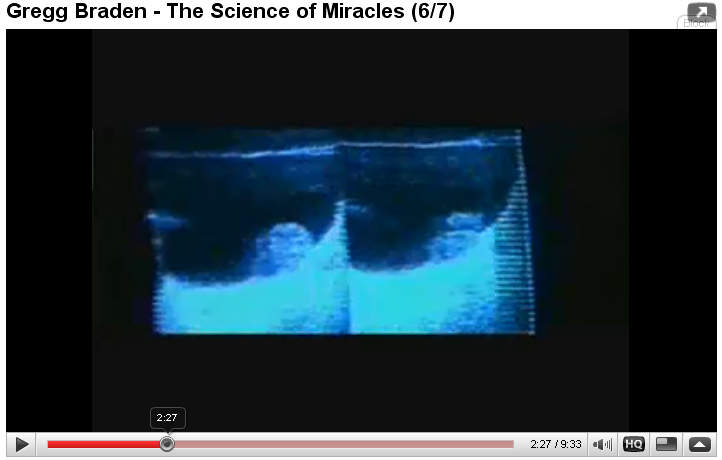 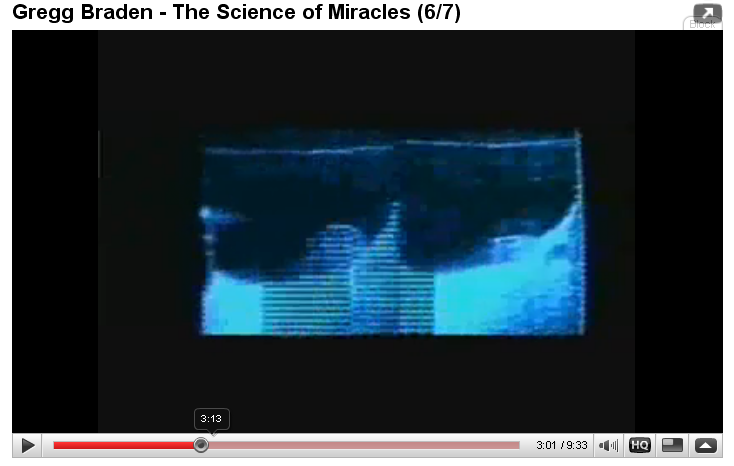 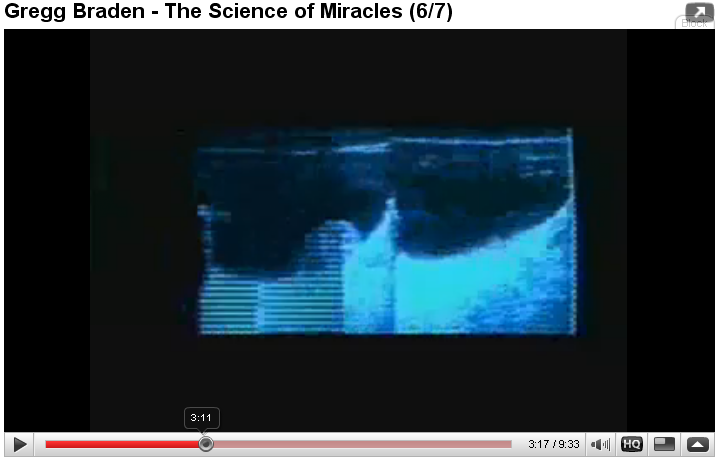 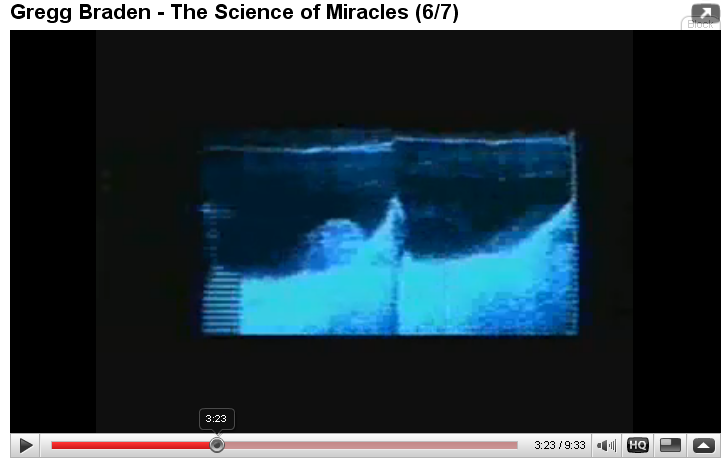 While not wanting to get on the side of the pseudo-science, cases of | spontaneous remission do apparently occur - probably because the immune system suddenly gets on the case or something of that nature. However if a patient were receiving some kind of woo medicine and a case of spontaneous remission occurred then obviously the woo would want the credit. The importance of the placebo effect should also not be discounted. So we need to be careful about saying that every case of claimed efficiency of woo will always be wrong. Sometimes people simply do get better - and if there is a quack around then it will claim the credit.--Bobbing up 22:11, 29 June 2009 (UTC)

It is often even more one sided than that, people who get both real medical treatment and woo, and get better, are far more likely to give credit to the woo treatment than the real cure. The existence of spontaneous remission/recovery, placebo, etc. are all the reasons why double-blind controlled studies are the only means for determining efficacy of medical treatment. However, in the above case this was supposedly a "real time" shrinking of a tumor due to chanting. Just showing this "amazing" video footage is a scam. tmtoulouse 22:18, 29 June 2009 (UTC)

I agree entirely, odd things do happen with our bodies I guess we don't know the full story of how the brain can switch processes on and off by releasing hormones etc. And feel-good activities probably can help stimulate that. I believe that the placebo effect is a manifestation of all that. But ascribing this to a specific mumbo-jumbo like shrinking a tumour in a matter of minutes through chanting, oversteps the bounds of credulity.

Stumbled across this, thought I'd mention it. Apologies in case it's already been brought up and/or uninteresting.