Difference between revisions of "Conservapedia:Ed Poor" 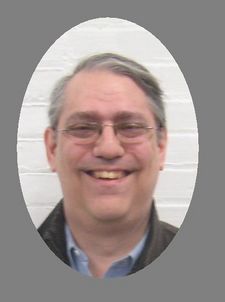 Hello, my name is Ed Poor. Have I told you about my 20 years of experience at Wikipedia?

Ed "Don't be a dick" Poor [2] (AKA User #188)[3] was a Wikipedia (WP) sysop and bureaucrat before coming over to Conservapedia (CP). Although a long-standing member of the Wikipedia community, "Uncle Ed" (as he styles himself in his sigs) has been a member of the Unification Church since August 1977 and often decidedly conservative in his contributions. Despite that, for the most part he was a well-respected and highly valued contributor at WP, with much good work under his belt,[citation needed] until 2006 or so, when he started letting the power go to his head. After several incidents led to RfCs and eventually to Arbcom, Ed lost almost all of his privileges above basic editing.

For some reason in his lengthy history on Wikipedia he didn't learn how to write even a halfway encyclopedic article (even on topics he is not biased on).

He is now a respected dickhead sysop at Conservapedia, where his biases and power games are welcomed and allowed to run rampant. He has created vast amounts of absurdly short stubs, usually consisting of a single, vague quote (possibly inspired by Conservative). His relics include the "Communism and feminism" article [1], the "Platypus jokes" section [2] and the fabled "Two meters". For some reason he thinks this is worth reporting to his master, who then feels he must compliment Ed (the same way a parent compliments his child when s/he makes horrible drawings).

Ed is King Midas, except that everytime he touches an article, it turns into crap: The Poor Touch. He also manages Conservapedia's slave labor through the use of writing assignments. According to Ed, refusing such an assignment is a valid reason for a block.

As one of the earliest editors on WP he was raised to almost Jimbo Wales status. His POV pushing and controversial editing administrative manner, however, resulted in him being reduced to editor. However, despite his lowly status he never tires of reminding people he was wikipedia's 188th user, as if it was an achievement. An interesting article started by him on WP is: "writing for the enemy" in which he lauds the "try to 'walk a mile in their' shoes instead of judging them" attitude towards dispute resolution. Sadly he has not carried this through to CP or implemented at WP.

Check out Ed's contributions to Wikipedia. There's always a laugh to be had somewhere in there. His MO is to create drive by stubs, often with a single quote, just like he does at Conservapedia. When he isn't creating janitorial work for other users, he's demanding they help him maintain his delusions. "Uncle" Ed is little more than a wikipedia parasite.

You have no conscience

"A timely warning that includes the netroots too"
We mustn't let our guard down here either. Web communities and media projects are just as susceptible to this kind of manipulation. Consider the editing of the Sun Myung Moon article on Wikipedia. The article's content has been heavily influenced, if not controlled outright, by a self-appointed gatekeeper known by the userid "Ed Poor" (comments are signed using an alias "Uncle Ed"). According to his own declaration, "Uncle Ed" has been a follower of the Unification Church since 1977."

He recently (July 19 2008) became active at Wikiversity (he joined in March 2006) and asks "Should I apply for adminship here?" (in the edit comment). He's raising the spectre of those evilutionists again, complaining about being outnumbered on Wikipedia.

Ed was a prolific contributor to the New World Encyclopedia, (where he was Bureaucrated in May 2007) but apparently stopped in October 2007.

Ed claims to be a music teacher, and had later claimed to have a creative writing class, but it appears to have fizzled after only a week. 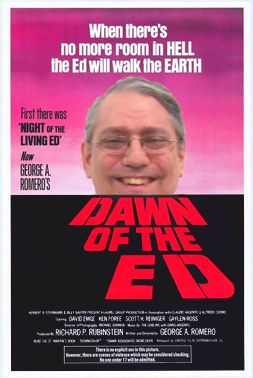 File:Schlafly Poorhol.jpg
Ed has won some [sic] renown for his myriad personalities, which are as varied as they are random, and being in possession of one of Convservapedia's most unsettling grins.

Ed and the queers

Ed the mathematician and educator

Ed and others look after Jesus 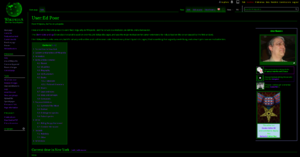 Ed the master of the obscure

As already mentioned, Ed favors adding stubs rather than serious contributions to Conservapedia. This could be taken as a sign that he's lazy, but Ed's contributions also tend to be a little esoteric. An unkind observer could describe Ed's contributions as being an attempt to live blog his steady descent in to madness.

Generally his brain farts consist of creating a stub consisting of a quote supporting an opinion he has on something odd, but Ed outdone himself when he created the category Movies about football coaches with 11-year-old daughters. Some would consider this to be a very limited genre, and sympathy most be shown for the poor sod receiving a writing assignment to create articles to fill this category. At the time of writing Ed had found two movies that fit this genre, although no sane person could even speculate as to why anyone would ever wake up one morning and wish to find a list of football movies containing coaches with 11-year-old daughters.