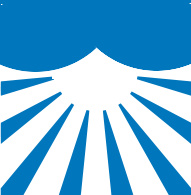 As a consequence "The Brights Movement" is naturally open to anyone who has a rationalistic or naturalistic worldview. It is essentially an attempted re-branding of atheism, with a silly and somewhat embarrassing name intended to give atheism a positive spin.

The movement describes its aims as:[2]

The term "bright" was coined (or stolen) to be used in this context in 2002 by Paul Geisert,[3] similar to how the word "gay" came to be claimed by the homosexual community as an attempt to re-brand it as something positive. In that case, "gay" originally meant happy and was non-threatening; in this case, "bright" is often taken to mean sharp and intelligent in quite a fun way, the complete opposite of how atheists are perceived in some parts of the world.

The Brights Movement has met with mixed responses. Some, such as Dawkins, actively support the idea and self-declare themselves as a bright. But there are many negative reactions to the movement, even from those who it would technically include. Its detractors find the choice of the term to be embarrassingly condescending since it implies everyone who isn't a bright must be "dim" - perhaps useful as snark, but not as a name for a broad-based umbrella movement. Many of its detractors also note the power of the euphemism treadmill. Indeed, the mixed reaction just demonstrates that making atheists unite behind an idea is about as successful as herding cats.