A lot of people have prophesied the doom of RW. I think they're partially right and partially wrong. FuzzyCatPotato of the Biased Aviators (talk/stalk) 05:29, 10 January 2016 (UTC)

First, the partially wrong. No, RW's not hemorrhaging editors or edits: 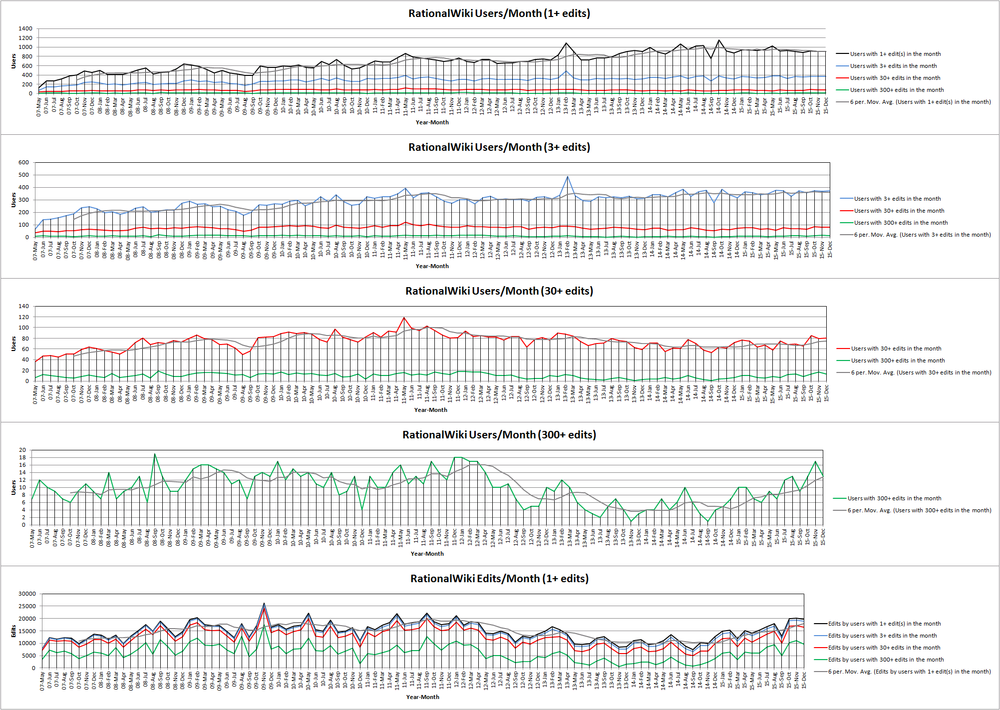 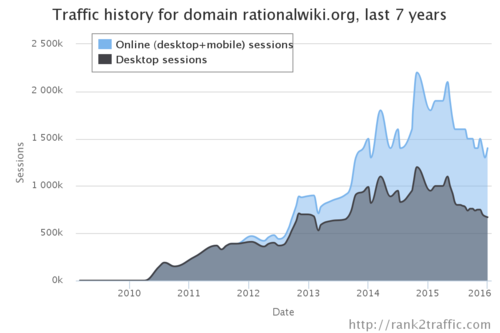 According to the Rank2Traffic graph, RW's max was 2.2 million monthly viewers in October 2014; it's now 1.4 million, 36.3% less. This is reflected in RW's increasing Alexa rank.

What, if anything, can RW do to get more readers? What did it do that caused a reduction in readers? Herr FüzzyCätPötätö (talk/stalk) 05:29, 10 January 2016 (UTC)

Those estimated numbers are pretty much nonsense. Literally all sites of this sort are completely spurious bullshit. Alexa is the best (or least worst) and even that's (famously) spurious bullshit.
The pageview logs from the squids, which we have back to late 2012 on squid1 and mid-2013 on squid2, would tell the truth. Of course this involves a bit of chewing on them. With the weird Squid error artifacts I noted in the Saloon Bar, I may have to script something to process from the NCSA logs (which have IP and user-agent data so are private information I can't just put up). But the pageview logs (which are OK to make public) should be fine. I won't put those up right now (they're a third of a gig each compressed), but here's a simple count of hits for all months from the two squids. These numbers include MediaWiki calling itself, page fragments, etc, but the software is substantially identical over these numbers: