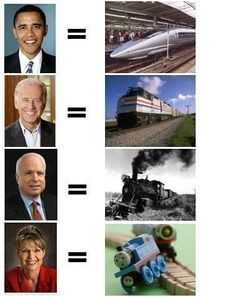 Trains and goats and planes[edit]

The earliest and most harmless type of wooee has a small model railroad in his/her basement and wants everyone in the world to see photos of said model choo-choo on his/her web page. He/she may also have a subscription to a railroad magazine. Their kids are well stocked with Thomas the Tank Engine toys and books.

The next level of wooee is starting to move into more addictive behavior. They may sit all day at the train station with a book, checking off each train that goes by. They own a portable scanner tuned to all the railroad frequencies. They have a collection of railroad atlases and timetables. Their model railroad, into which they have dumped thousands of dollars, takes up most of the basement. They start making religious pilgrimages to Horseshoe Curve, Donner Pass, and Golden Spike National Monument.

After this comes the peculiar being known as a "foamer". Not sufficient to merely like trains, they want to become one with the railroad and actively involve themselves in railroading even if that isn't their real occupation. Real railroaders consider them pests who tend to trespass in classification yards to get those elusive photos, climb on rolling stock, etc. Everything about them lives and breathes "train", right down to their clothing. They can quote from the rulebook better than most railroad employees can. Easily spotted by railroad pins, railroad-themed t-shirts, and the ever-present hickory striped engineers cap. Called "foamers" because they start frothing at the mouth whenever trains are mentioned or spotted.

The penultimate stage of the wooee is the "combat railfan". No ordinary railfan, the combat railfan views chasing trains as an extreme sport. Potentially illegal activities abound (hopping freights, setting off fireworks each time a train passes by...) They are basically the railroad equivalent of a storm chaser or a skydiver.

The final stage is known as the "commuter". A true die-hard, this type is found mostly within large cities and the surrounding towns. So obsessed are they with trains, that they purchase vastly overpriced permits that allow them to use the local train service as much as they wish, and spend up to two hours or more every weekday riding his or her local network, usually early morning and late afternoon. Despite this high level of obsessive dedication, many cities have hundreds of thousands, even millions, of such dedicated souls, resulting in them having to force they way on board and enduring an hour or more standing in space and conditions that would be illegal to keep a chicken in, forced up under each other armpits of other obsessives, whilst clinging onto a metal rail for dear life as the decaying 30 year old shit-box grates and jolts between suburbs and the city centre.

At least one case exists of somebody whose addiction got well beyond even this final stage[1].

Then there is the ascended version of the initiate, content to stay at home and play with their train sets, except in the case of the ascended version of the initiate, the train set is a fully functioning railway running for many miles. Some train sets use retired locomotives and rolling stock running on restored trackways no longer being used commercially, others are narrow gauge railways using either ex-industrial engines or replica miniature engines and carriages. Enthusiasts may band together to create and run heritage railways.