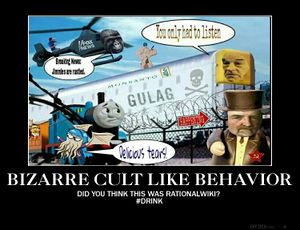 RationalWiki has its own (unofficial) Facebook group, occupied by goat-worshiping revisionist Commie degenerates fine outstanding rational folks, that spend their days arguing with MRAs, ancaps and anti-GMO dipshits discussing science and debunking crankery. Although the wiki and the Facebook page are related, it's safe to say that the Facebook page has taken on a life of its own, and become a separate but related entity.

(We also have an official RationalWiki Facebook page, but it's much calmer. Attracts a lot of casual readers. And a RationalMedia Foundation page, which is as dull as it should be.)

Compared to the wiki, the Facebook group administration tools are completely pants. So various wiki conventions — engage as fruitfully as possible with idiots, admin everyone, go light on the ban-hammer, etc. — just don't translate well to the new place. As such, we've decided to give fascism a chance. Even this is only just enough to keep the shite down to tolerable levels. Don't let the macros scare you off: RW:FB is conducive to good discussion.

The rules post: tl;dr Don't be a dick. People are not kickbanned lightly, but they are kickbanned decisively. Kickbanning offences include gross racism, sexism and sufficiently obnoxious trolling. Being a sufficiently tedious idiot will get you kicked but not banned (the first time).

In general, we hold that if you're in fear of being kicked from a group that kicks out racists, misogynists, homophobes, xenophobes, idiots and general arseholes, the problem is with you.

Just change your name to Chris[edit] 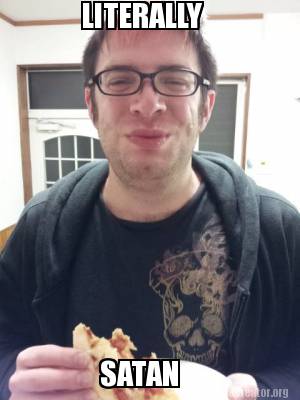 One of the many Christophers on RW Facebook. Truly sinister stuff indeed

There may be no cabal, but there sure as fuck are a LOT of people named Chris. I mean, like a fuck-ton of people. Seriously. 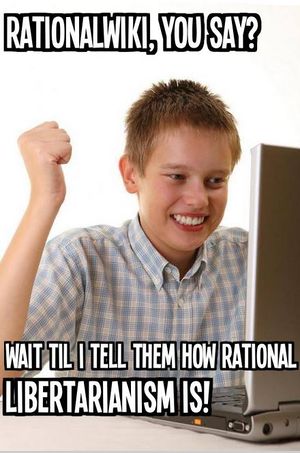 On RationalWiki Facebook, any post starting off with MRA, libertarian, racist, TERFs, intactivist (foreskin), or anti-GMO talking points will result in a thread with at least 500 posts.

The most persistent butthurt seems to radiate from people upset RationalWiki doesn't buy into their bullshit.

When all reason and coherent thought in a thread is quite definitely dead, the remains are likely to be desecrated with image macros, tear drinking, LANCBing, playing everyone's favorite drinking game and, of course, misandry.

And now that you know[edit]

Have fun, and join the rest of the leftist man-haters and discuss your goat fetish with us! 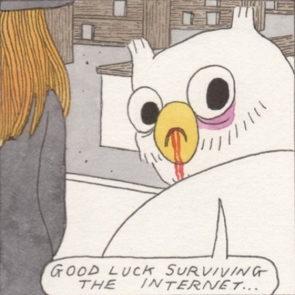